After a 17-year partnership, French luxury group Kering is selling its 50 percent share of Stella McCartney back to the namesake designer. The public announcement, originally slated for early January 2018, is imminent, according to a source with first-hand knowledge of the discussions.

According to the source, the Stella McCartney HR team is preparing a booklet outlining the details of the separation to answer outstanding questions and ease employee concerns. However, both parties issued a joint statement saying nothing has been confirmed.

“Kering and Ms Stella McCartney have been operating and growing the Stella McCartney brand since 2001 as a 50/50 joint venture. As already stated, as it is customary between stakeholders, there are regular discussions about the future of the partnership,” Kering and Stella McCartney said. “Any significant change to the current relationship would be made public at the appropriate time. Any piece of information circulating to this respect can only be considered as speculation.”

To be sure, unravelling the partnership will be a time consuming, expensive process.

While Kering and Stella McCartney have acknowledged that there have been separation talks on more than one occasion over their 17-year partnership, the exact reasons for the break, and why it’s happening now, are not yet known. The reported split does come at a time when Kering is streamlining its portfolio and focusing its attention on blockbuster brands including Gucci, Saint Laurent and Balenciaga.

In early January 2018, the group announced that it would spin off German sportswear brand Puma, inching the parent company further toward becoming a pure luxury player. In the fiscal year ending December 31, 2017, consolidated revenues were €15.5 billion, up 27.6 percent on a reported basis. Sales within the luxury group, which excludes Puma, Cobra and skate brand Volcom, were up 27.5 percent on a reported basis.

Stella McCartney first launched as a joint venture with the Gucci Group in 2001. At the time, the Gucci Group was run by chief executive Domenico De Sole and Tom Ford, who designed both Gucci and Yves Saint Laurent. Alexander McQueen joined the group in 2000.

Over the next two decades, McCartney and Kering built a global brand, driven not only by the designer’s exuberant sportswear but also by her commitment to animal-free fashion. McCartney’s faux-fur and faux-leather apparel and accessories helped to elevate the materials in the eyes of the consumer, serving as an example for other brands and a resource for Kering’s entire portfolio, which now also includes Balenciaga, Christopher Kane and Brioni. In 2016, Stella McCartney published its first environmental profit-and-loss account.

Kering does not break out the revenues of its smaller houses, although in 2015 market sources estimated that Stella McCartney’s annual global sales were somewhere between $150 million and $200 million. However, the annual retail value of Stella McCartney products is likely significantly more thanks to branded collaborations with Procter & Gamble for beauty, Adidas for activewear and Bendon for lingerie. Her collection with Adidas, first launched in 2004, has become a brand in itself. McCartney then launched menswear in 2016.

As for how Stella McCartney may transform under the founder’s absolute rule, a push to drive more direct sales could be in the cards.

In May 2017, the company announced that it would open four new store locations, including a second store in Paris, one in Florence, in one Costa Mesa, California, and a second location in New York City.

A year earlier, it also assumed control of store operations of its three Hong Kong stores, which were previously managed by a local partner. The brand’s retail store portfolio currently includes 52 locations, with another store on London’s Bond Street on the way. 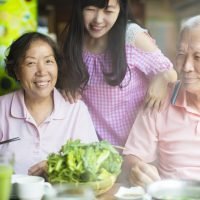 What did Chinese spend money on for CNY?
Next Article 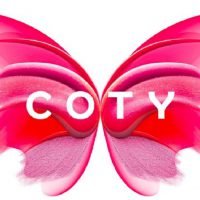