Shares of Starbucks (NASDAQ: SBUX) perked up more than 10% in June, according to data provided by S&P Global Market Intelligence.

A positive regulatory announcement and bullish comments by the coffee titan’s chief financial officer likely contributed to the gains.

On June 3, 2019, California declared that coffee does not pose a “significant” cancer risk. The U.S. state said that its Office of Environmental Health Hazard Assessment found inadequate evidence that coffee causes cancer after a review of more than 1,000 studies.

Moreover, the OEHHA said that there was evidence that coffee could even reduce the risk of some forms of cancer.

Coffee, of course, is Starbucks’ primary product — and investors likely breathed a sigh of relief upon hearing this news.

Then, on June 6 during Piper Jaffray’s Marketplace Conference, Starbucks CFO Patrick Grismer said the company’s most recent research shows that while it has strong brand recognition across all demographics, it enjoys “even higher levels of preference with millennials and centennials.”

The company is, Grismer continued, “even more preferred by younger customers who see our offering as relevant, innovative, fun, and increasingly digital.”

Grismer’s comments were well received by investors, as they suggest that Starbucks is likely to continue to be a favored brand by the increasingly economically powerful millennial generation.

If Starbucks is to further its store count expansion in the decade ahead, it is paramount that its brand continues to resonate with young consumers.

Grismer’s comments suggest that the coffeehouse chain is beloved by coffee drinkers of today and tomorrow — and that Starbucks is well positioned for future success. 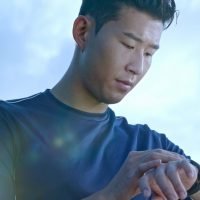 French Millet’s Korean sales entity is up for sale