After years of struggle in the face of a decline in Chinese tourists and increased competition, South Korea’s duty-free operators are in search of a more stable and sustainable business portfolio — to reduce their reliance on Chinese visitors and generate decent profits.

The country’s duty-free business has raked in huge revenues on the back of soaring tourists, mostly from China, but a diplomatic row between Seoul and Beijing over a missile defense system in 2017 and regulatory changes vividly underscored the need for leading duty-free operators — Lotte Duty Free and Shilla Duty Free — to accelerate their overseas push.

Sales at local duty-free stores continued to show solid growth in the past few years, reaching their highest-ever of US$17.23 billion in 2018, with an annual growth of 23 percent over the past two years, according to data from the Korea Duty Free Shops Association.

The spectacular result comes even when the number of Chinese package tour travelers to South Korea continued to drop after the travel ban imposed by Beijing in 2017 in protest against Seoul’s hosting of a U.S. missile defense system, known as THAAD.

The number of Chinese who arrived in South Korea peaked at 8.07 million in 2016 but shrank to 4.16 million a year later, according to the state-run Korea Tourism Organization (KTO).

The number, however, rebounded last year rising 14.9 percent to 4.78 million, accounting for 31.2 percent of 15.34 million foreign visitors to the country, which marks a 14.9 percentage-point rise from the previous year.

Market watchers said the robust growth in their sales was mostly attributable to Chinese vendors or individual Chinese merchants who buy their duty-free purchases, such as cosmetic products, in large quantities and sell them back at their home.

But commissions doled out to the sellers, who also work with travel agents to bring in big-spending tour package groups, have been excessive, eating into duty-free operators’ bottom lines. 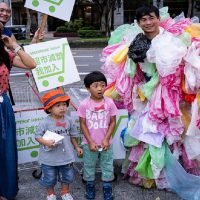 ‘Plastic attack’ in Taiwan
Next Article 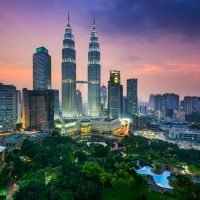 Looking for a retail space to expand into Malaysia?
Featured Articles of the Week
Contributor 3 weeks ago