Siam Makro Plc, the operator of Makro cash-and-carry stores under Charoen Pokphan Group, is keen to expand its retail business in Myanmar in the near future.

It’s studying Myanmar consumer behaviour and foreign investment laws. If the regulations are clear, it is ready to open its first store immediately.

According to an executive of ABC Group, operator of Myanmar’s second-largest convenience store chain, so far the Myanmar government has not allowed foreign retailers to invest in the country by themselves. Foreigners will be allowed to invest in supermarkets and hypermarkets next year but will have to form joint ventures with Myanmar companies. 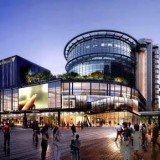