Sa Sa International Holdings Limited announced the unaudited sales update of the group for the fourth quarter from 1 January to 31 March 2020.

For the fourth quarter from 1st January to 31st March 2020, the group’s retail and wholesale turnover (including the discontinued retail business in Singapore) decreased by 56.5% on a year on year basis.

In the Hong Kong and Macau SARs, as the governments implemented various border controls to limit the flow of people to prevent the spread of the novel coronavirus, the resulting plunge in the number of mainland tourists led to a sharp decrease in the transaction volume of mainland tourists in the fourth quarter. In addition, due to the two-week shutdown of casinos in the Macau SAR, the closures of some railway stations at the border of Hong Kong SAR, and the decrease in business demand, some shops have been closed temporarily while opening hours of some others have been shortened starting in late January. This measure lowered the group’s operating cost, but have also contributed to the sales decline.

Dr Simon Kwok, SBS, JP, Chairman and Chief Executive Officer of the Group, said, “Local customers now account for the majority of the group’s revenue, the group will continue to adjust its product mix to meet their demand for protective and pandemic related products and other beauty products. The group will continue to strictly control the inventory level by eliminating products with unsatisfactory sales performance and reducing those with excess inventory. This would help preserve cash and reduce the risk of product expiry. Since late last year, the Group has further reduced inventory levels, and has adequate cash to meet its current business needs.”

Sa Sa’s retail and wholesale turnover in other markets outside Hong Kong and Macau SARs (including Mainland China, Singapore, Malaysia and e-commerce) decreased by 27.0% in the fourth quarter.

Most of the group’s retail stores in Mainland China and Malaysia have been temporarily closed from the beginning of February and mid-March respectively, leading to corresponding decreases of 51.0% and 16.9% in turnover for the fourth quarter.

The group’s e-commerce business was affected in early and mid-February as logistics services in Mainland China was obstructed by the epidemic. In Singapore, all of the group’s stores had already been closed by 31st March 2020 in accordance with the announcement about the group’s withdrawal from the local retail market. 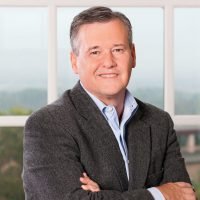 Tapestry appoints new board of directors
Next Article 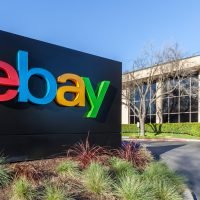 Starboard withdraws nominations of director for eBay board