Shoppers did not spend as much as expected this past holiday season.

Holiday sales were up just 2.9 percent in 2018, the National Retail Federation said, on the heels of the Commerce Department announcing retail sales for December fell 1.2 percent, the largest decline since September of 2009. NRF, the retail industry’s trade organization, had been calling for 2018 holiday sales, those from Nov. 1 through Dec. 31, to rise between 4.3 and 4.8 percent.

“It appears that worries over the trade war and turmoil in the stock markets impacted consumer behavior more than we expected,” NRF President and CEO Matt Shay said in a statement. “There’s also a question of whether the government shutdown and resulting delay in collecting data might have made the results less reliable.”

NRF said online and other nonstore sales were up 11.5 percent this past holiday season, while the group had been calling for growth of between 11 and 15 percent.

It said sales, both in stores and online, were down 1.5 percent in November year over year, and in December were up just 0.9 percent. It added that October sales were up 5.7 percent year over year, but spending during that month isn’t included in NRF’s holiday sales tally.

NRF chief economist Jack Kleinhenz said the sales results were “truly a surprise” and “in contradiction to the consumer spending trends” NRF had been monitoring.

The fresh retail sales data from the Commerce Department has, meanwhile, raised new concerns about a recession. But economists also say the biggest drop in nine years clashes with other data and may be suspect.

NRF is still calling for retail sales, excluding automobile dealers, gasoline stations and restaurants, to climb between 3.8 and 4.4 percent this year, amounting to as much as $3.84 trillion. 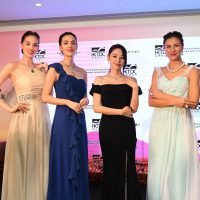 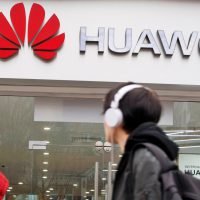