New York has lost its crown as home to the most ultra-rich people, beaten out by the rising tide of extreme wealth in Asia.

Hong Kong surpassed the Big Apple as the city with the highest population of people worth at least $30 million, according to a new report. The former British colony saw its number of ultra-wealthy increase 31 percent last year, to about 10,000, research firm Wealth-X found, higher than the nearly 9,000-strong population of the U.S.’s largest city.

SEE ALSO : Who are the wealthiest individuals in China?

Tokyo came third, while Paris beat out London to take the European crown as Brexit weighed down the U.K. capital.

The number of ultra-rich worldwide rose 13 percent last year, according to Wealth-X, totaling about 256,000 people with combined assets of $31.5 trillion. Asia saw the fastest growth, driven by mainland China and Hong Kong, the study’s authors wrote.

Reflecting the region’s rise, its share of the global population of people with at least $30 million rose to just over one-fourth, up from around 18 percent a decade ago.

Women accounted for about 35,000 of the ultra-rich last year, a record-high share of nearly 14 percent, the study found.

While Hong Kong topped the city rankings, nowhere in mainland China made the top 10, despite the country being third in the list of nations. That’s because China’s wealthy are widely dispersed, illustrated by the fact it was home to 26 of the 30 fastest-growing cities for the ultra-rich.

“The dynamism of wealth creation across China’s vast landscape is nevertheless staggering,” the authors wrote.

Hong Kong’s rise was also a reflection of China’s improving fortunes, with its position at the top of the global list “supported by enhanced trade and investment links with mainland China,” according to the authors.

The relative struggles of commodity markets was a factor in the Middle East posting the weakest global growth in both assets and individuals, rising 4.8 percent and 4.4 percent, respectively.

Every region saw gains, however, thanks to last year’s benign markets, the report’s authors wrote.

“Having experienced a roller-coaster ride the previous year, economic and financial markets almost without exception surprised on the upside in 2017,” they said. “On an annual basis, world real GDP expanded at its fastest pace since 2011.”

Still, the ultra-rich held more of their wealth — 35 percent — in liquid assets such as cash than anything else, the study found. Private holdings accounted for about 32 percent, while public holdings were 26 percent. Alternative investments such as real estate, art and yachts made up 6.6 percent of total assets.

SEE ALSO : Have you watched Crazy Rich Asians yet?

The U.K.’s looming departure from the EU factored into last year’s trends, the study found. Paris’s rise over London — the City of Lights saw a 17 percent increase in its ultra-wealthy numbers to more than 3,900 individuals — was because London was “hampered in part by Brexit-related uncertainty in U.K. financial markets and across the wider economy,” the authors wrote. 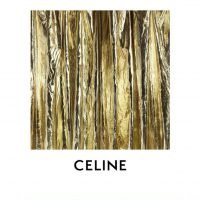