Naver has agreed to create a joint venture with Softbank to run both the chat app Line and internet portal Yahoo Japan, aiming to create a stronger entity that can compete against IT giants from the U.S. and China, the internet company said on 18th November.

The two companies have already signed a basic agreement to form the new 50-50 joint venture.

Under the deal, the venture will become the largest shareholder of Z Holdings, a Softbank subsidiary and parent company of Yahoo Japan. Line and Yahoo Japan will become subsidiaries of the new venture.

Line, the most popular messaging app in Japan with 80 million users, is 73 percent owned by Naver while Softbank owns 45 percent of Z Holdings. The deal is set to be completed by October 2020.

The joint venture is aimed at competing against internet titans such as the so-called GAFA companies _ an acronym for Google, Apple, Facebook and Amazon from the United States _ and Chinese IT behemoths such as Baidu, Alibaba Tencent and Huawei.

Once the deal is concluded, the joint venture will become the largest internet platform in Japan, spanning messenger, search, e-commerce and digital payments with a base of over 100 million users.

Naver expects the deal could generate a synergy effect in the artificial intelligence (AI) sector, in which the company has been investing heavily.

“The deal is expected to create synergy and increase future growth, making Z Holdings a new tech firm based on (AI) that can compete against global platform operators,” Naver said.

Suk Sang-ok, CEO of Naver Labs, a research and development unit of Naver, recently said the company plans to aggressively invest in AI and create a research belt that can compete against the U.S. and China.

Industry officials welcomed the move, expecting the tie-up would become an accelerator to bolster economic ties between Korea and Japan, which are in a months-long trade feud because of a historical dispute stemming from actions committed by Tokyo against Seoul during its occupation of the Korean Peninsula.

“The merger between Line and Yahoo Japan is the most significant piece of economic cooperation between Korea and Japan in the last decade,” Lee Jae-woong, CEO of car-sharing company SoCar and founder of Naver’s local rival Daum, wrote on Facebook.

“The Line-Yahoo Japan company will have a market cap of more than 30 trillion won to become not only the largest internet company in Japan but also a partner to expand their business into Southeast Asia,” continued Lee Jae-woong.

Stating that this kind of 50-50 joint venture from major companies in Korea and Japan “had not occurred when the two countries had good relations,” Lee added that he expects there will be similar cases in the future. 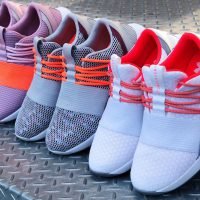