Mothercare announced that it remains on track to become a profitable international franchise operation, generating revenues through an asset-light model, operating in around 40 international territories.

It continues to make significant progress with plans and have now substantially completed the transition to refocus the group on its core competencies of brand management and the design, development and sourcing of product ‎to help grow the Mothercare business with its global franchise partners.

As with all businesses, the impact of Covid-19 and the associated actions from governments and corporations around the globe has had direct consequences for the group and its various stakeholders. The experience Mothercare gained at the time of the administration of Mothercare UK last November, is proving invaluable in helping us – with the support of our franchise and our manufacturing partners – to manage and mitigate the overall impact on businesses.

Mothercare currently estimates that approximately two thirds of partners’ global retail locations are now open following local guidance in their respective territories. Constructive discussions are ongoing with existing franchise partners to establish a more sustainable and less capital-intensive business going forward with effect from the A/W20 season and with Boots, to finalise the contractual arrangements for their appointment as our UK franchise partner as contemplated by the binding heads of terms signed in December 2019.

In line with plans to recapitalise the group with the minimum possible further dilution for shareholders, Mothercare remains in discussions with a number of prospective new debt providers regarding entering into new facilities and anticipate making further announcements in this regard in due course.

As at 19th June 2020, the total secured debt, including the group’s £24m revolving credit facility, other guarantees and letters of credit was £18m and these liabilities remain secured over the group as a whole. There remains a further amount to be paid out from the administrators of Mothercare UK which is expected to reduce this secured debt further. This remains in line with previous guidance and expectations.

The group continues to make significant progress in addressing its legacy infrastructure and associated cost base.

Mothercare has agreed to a sub-lease, on a short-term basis with a minimum term of 4 months, of a substantial part of the main Daventry warehouse to a third-party. This facility had previously predominantly catered to the UK retail business of Mothercare UK, which entered into administration last November. It is anticipated that this will reduce cash occupancy costs for the group in respect of those premises by approximately £220,000 per month.

Mothercare has also recently entered into binding terms to move to a smaller and more cost-effective head office in early August 2020. Terms have also been agreed for a surrender of the existing lease of the company’s current head office in Watford in mid-July. It is anticipated that this move will reduce cash occupancy costs for head office by approximately £900,000 per annum. With effect from 30th June 2020 and for a temporary period, the company’s registered address will change.

Mothercare is making good progress with the search for new permanent CEO and are now at shortlist stage. Glyn Hughes who has been acting as the interim CEO in this period has ruled himself out of the search, and as it is approaching the end of the period of transformation he has expressed his desire to step down to pursue other opportunities. Given the interim nature of the appointment the Board has agreed to this and Glyn’s departure will be effective from 30th June 2020.

SEE ALSO : Luckin Coffee announces changes to its board of directors

Pending the arrival of a new Chief Executive Officer, the day to day management of the group will continue to be run by the Chief Operating Officer and Chief Financial Officer, with close oversight from the Chairman. 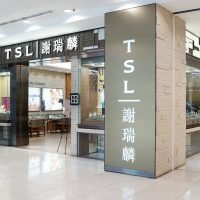