Luxury down jacket maker Moncler said total sales in 2019 increased by double-digits, on the back of equally strong sales gains in both Asia and the Rest of the World, especially China.

By region, Italy sales rose 10% at constant exchange rates, thanks to a 21% increases in the last quarter, pushed on by directly operated stores and e-commerce. The EMEA region lifted 14%, thanks to tourist inflows, with France, the UK and Germany attributing the most to revenue growth.

The Americas grew 11%, with “good results” in all markets and both channels.

Asia and the Rest of the World performed strong, up 13% in constant exchange rates. China continued to dominate sales in 2019, ahead of Korea, both accelerating in the fourth quarter. Japan also grew, despite the slowdown in the October-December quarter, thanks to the increase in VAT. Asia is the brand’s top market and accounts for over 40% of total revenues, it added.

As a result of the double-digit sales boost across the board, Moncler’s EBIT during the 12 months came to 475 million euros, an increase of 15%, while net income rose 9% to 361.5 million euros.

Moncler plans to open 15 new stores in 2020 and there will be 15 relocations. 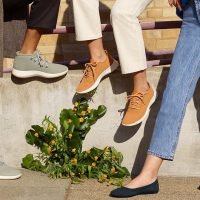 Allbirds adds Old Navy executive to board
Next Article