Michael Kors Holdings LTD confirmed earlier reports that it would buy all outstanding shares from Versace for around $2.1 billion.

It also announced the group will officially be called Capri Holdings Limited, named after the island of Capri, which the company referred to as an iconic, glamorous destination.

The renaming of the group was expected, given that keeping its name would perhaps confuse many customers who wouldn’t be able to separate the brand from the holding company, much like Coach Inc. did when the group renamed itself as Tapestry. Donatella Versace will stay on as creative director of the house, and will also be a shareholder in the new group, along with her brother Santo and daughter Allegra. “This demonstrates our belief in the long-term success of Versace and commitment to this new global fashion luxury group,” Donatella said in a statement. Versace CEO Jonathan Akeroyd will also remain with the company.

John D. Idol, chairman and CEO of Capri Holdings Limited, also put out a statement acknowledging the Italian brand’s history and future prospects. “We are excited to have Versace as part of our family of luxury brands, and we are committed to investing in its growth. With the full resources of our group, we believe that Versace will grow to over US$2.0 billion in revenues,” he said.

In a move that would give Michael Kors Holdings LTD a stronger foothold in the luxury fashion space, the company, which already owns Jimmy Choo, is reportedly inking a deal to buy Gianni Versace SpA that values the Italian company at $2.35 billion. Both parties are set to announce the deal as early as this week, according to sources.

For Kors, best known for his affordable luxury handbags and his appearance as a judge on the hit design competition show Project Runway, this buyout is a significant step towards building a larger, more efficient holding business that would rival that of French heavyweight conglomerates LVMH (who owns Louis Vuitton, Fendi and Givenchy) and Kering (Gucci, Balenciaga and Saint Laurent). While there hasn’t been a similar American conglomerate that compares in terms of scale and resources, this could perhaps be the start of a new power-playing entity stateside.

There have even been guessing games as to what Michael Kors would rename his holding company, should he choose to do so. While Coach owner Tapestry has made moves to adopt a similar model (it has acquired Kate Spade and Stuart Weitzman in recent years), owning a European luxury fashion brand like Versace would give considerable clout and star power to an American fashion portfolio. 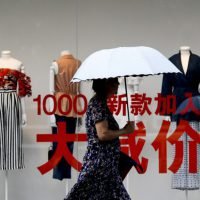 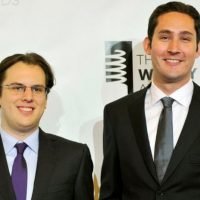