Juliette Gimenez, CEO and co-founder at Goxip, said that the Chinese photo-editing applications maker was the biggest contributor to its series A funding round, making it the first e-commerce company in which Xiamen-based Meitu has invested.

“Meitu will be a strategic partner,” Gimenez told The Nikkei. In addition to the investment, the two companies would cooperate in various ways, including on Goxip’s expansion in the lucrative mainland China market, she said

Gimenez said she started talking to Meitu’s executives, including founder Cai Wensheng, about six months ago, when the selfie app company was seeking to diversify.

Meitu, whose image-processing applications are reportedly used to edit more than half of China’s selfies on social media, now labels itself a “mobile internet company.”

“We will not comment on one single project,” Meitu’s spokesperson told the Nikkei Asian Review. However, she added: “Meitu’s investment strategy has always been revolving around new technology, beauty and user growth.”

Last year Meitu rolled out two e-commerce platforms. MeituDIY allowed users to design and create personalized outfits using artificial intelligence and to purchase the items from its platform. The other application, MeituBeauty, specializing in cosmetics and skincare, allows shoppers to try out the products by uploading their selfie.

The investment in Goxip is also expected to accelerate Meitu’s overseas expansion.

Goxip partners with more than 500 international online retailers. Its data base comprises more than 36,000 luxury brands and 5 million items, according to its website. The fashion retail platform allows users to search similar products by uploading photos.

Despite a market cap of 48.97 billion Hong Kong dollars ($6.26 billion), Hong Kong-listed Meitu has not made a profit since it was founded in 2008. But its business segment including online advertising, e-commerce and virtual item sales turned profitable for the first time in the first half of last year, according to its financial filings. 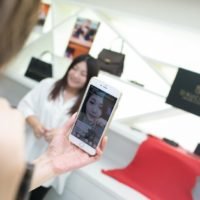 The rise of influence economy
Next Article 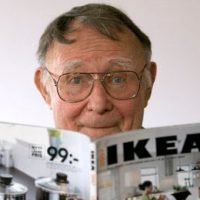