Taiwanese duty free retailers are set to be hit after the Peoples Republic of China banned individual tourists from visiting the island, effective 1 August, 2019.

Beijing announced in a statement that it was suspending a programme introduced in 2011 that allowed individual tourists from 47 Chinese cities to travel to Taiwan. China’s Ministry of Culture and Tourism blamed “current cross-straits relations” for the ban.

Chinese nationals can now only travel to Taiwan as tourists if they are part of a tour group.

Taipei and Beijing have clashed repeatedly in recent months over issues including US arms sales to Taiwan; a visit by Taiwan President Tsai Ing-wen to New York and the Hong Kong pro-democracy protests.

According to Bloomberg, China was the largest source of people visiting Taiwan, accounting for almost one third of total visitors in May 2019.

The impact of the ban, though considerable, will be muted by the fall-off in Chinese arrivals to Taiwan since Tsai Ing-wen was elected. Chinese visitor numbers slumped by -36% between 2015 to 2018. Taiwan responded by easing visa restrictions on other nationalities, driving an overall +6% rise in total arrivals during the same period.

Arrivals from Vietnam, Thailand and the Philippines have more than doubled since 2015 while Japanese and South Korean visitor numbers have also risen strongly.

According to data learning specialist The Artificial Imposter, around 25% of Taiwan’s international visitors were from China in 2018, the lowest point since 2011, compared with 40% three years earlier. 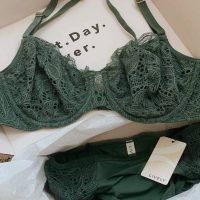