A press release circulated by LVMH states that after a succession of events which undermine the acquisition of Tiffany & Co, the Board of LVMH reviewed the situation relating to the investment.

In referring to recent developments, the Group states that a letter from the French European and Foreign Affairs Minister in reaction to the threat of taxes on French products by the US was the reason behind the change in direction for the negotiations with Tiffany & Co.

The press release states that the letter directed the Group to differ the acquisition of Tiffany until after January 6th, 2021. Furthermore, the Board noted Tiffany & Co.’s requested to extend the “Outside Date” in the Merger Agreement from November 24th to December 31st, 2020.

As a results of these elements, the Board decided to comply with the Merger Agreement signed in November 2019 which provides, in any event for a closing deadline no later than November 24th, 2020, the Group LVMH will not be able to complete the acquisition of Tiffany & Co.

The jeweler is now suing LVMH for a breach of its obligations. 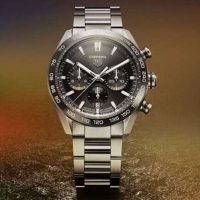