Italy’s Luxottica and France’s Essilor have agreed a 46 billion euro ($49 billion) merger to create a global eyewear powerhouse with annual revenue of more than 15 billion euros.

The all-share deal is one of Europe’s largest cross-border tie-ups and brings together Luxottica, the world’s top spectacles maker with brands such as Ray-Ban and Oakley, with leading lens manufacturer Essilor.

“Finally … two products which are naturally complementary — namely frames and lenses — will be designed, manufactured and distributed under the same roof,” Luxottica’s 81-year-old founder Leonardo Del Vecchio said in a statement on Monday.

The merger between the top players in the 95 billion eyewear market is aimed at helping the businesses to take full advantage of expected strong demand for prescription spectacles and sunglasses due to an aging global population and increasing awareness about eye care.

Jefferies analysts estimate that the market is growing at between 2 percent and 4 percent a year, while Luxottica and Essilor say that at least 2.5 billion people in the world still suffer from uncorrected vision problems.

The deal also removes — for now at least — uncertainty over succession at Luxottica, which has lost three CEOs since 2014 because of rifts with Del Vecchio.

“The strategic rationale is strong,” JPMorgan Cazenove analysts said in a note, adding that the deal defuses the risk of growing competition between two groups that had been encroaching on each other’s areas of expertise in recent years, with Essilor buying online retailers and Luxottica investing in lens manufacturing.

Both companies have been grappling with slowing sales growth, hit by weakness in North America, and face rising competition from cheaper rivals and the challenge of online distribution.

While Asia and Latin America are seen by the companies as potential growth markets, e-commerce will also be a top priority.

Luxottica’s third-quarter results had showed revenue from its online platforms grew by 18 percent, with the company stating that e-commerce had been targeted as an area for accelerated growth in 2017. The third-quarter e-commerce growth far exceeded that for overall sales, which rose by 1.4 percent at constant exchange rates.

The merger is expected to boost operating profit by up to 600 million euros in the medium term, the companies said.

The merged EssilorLuxottica will have 140,000 staff and will be headquartered and listed in Paris. It will also have a complex governance structure, with Del Vecchio and Essilor Chairman and CEO Hubert Sagnieres effectively sharing the driving seat, while the 16-strong board will have an even split of Essilor and Luxottica executives.

A source close to the deal said no arrangements had been made at this stage for when Del Vecchio will retire.

Del Vecchio, who returned to the helm of Luxottica two years ago after taking a back seat for the previous 10 years, will be CEO and executive chairman of the merged group. Sagnieres, 61, will serve as executive vice-chairman and deputy CEO, but he and Del Vecchio will have the same powers.

The deal is expected to close by the end of the year and Del Vecchio said he is confident there will be no problems gaining approval from competition authorities. 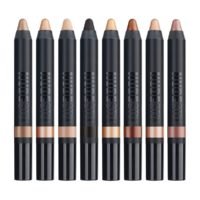 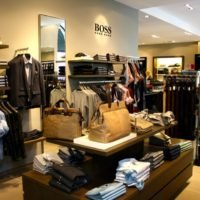