SEE ALSO : Lotte brings in The Conran Shop to Korea

Lotte Duty Free said its annual sales last year hit a record high of 7.5 trillion won, up 25 percent from a year-ago period. In particular, sales from the online business soared 50 percent on year to 2 trillion won, contributing 25 percent to its total domestic sales thanks to successful upgrades of its online and mobile platforms and various promotional perks like online-only products and discount options.

Lotte Duty Free’s main store in the bustling shopping district of Myeongdong in downtown Seoul remained the world’s single-largest revenue earner for three years in a row last year with annual sales up 35 percent at 4 trillion won and daily revenue at about 11 billion won as of Dec. 14.

Lotte Duty Free has expanded its investment in domestic stores to draw more consumers. Its Myeongdong store was expanded in August 2016, and spent 10 billion won to add the Star Lounge for VIP customers in April 2018. The World-Tower store in the affluent Gangnam area of southern Seoul also posted 1 trillion won in sales last year, becoming the largest earner to reach the threshold in the district.

That represents an 80 percent increase year-on-year for the Jamsil, Seoul store, which reopened on 5 January 2017, 193 days after it was forced to close on 26 June 2016 due to the loss of its licence in an open tender.

“Even in the midst of rapid market changes, Lotte Duty Free has been able to achieve a record-breaking year, reflecting 38 years of operational expertise,” said newly appointed Lotte Duty Free CEO Lee Kap. “As a leader in the industry, we will endeavour constantly to improve our performance.”

Lotte Duty Free said that the World Tower store’s excellent tourist services and differentiated luxury brand offer had generated “remarkable achievements” in 2018. This was despite the proliferation of new duty free stores in the Gangnam area [notably the new Shinsegae Duty Free store opened on 18 July -Ed], the retailer commented.

Despite industry difficulties posed by the THAAD dispute between South Korea and China, sales of small and medium enterprise SME Korean brands at the World Tower store increased by 300 percent year-on-year. This contributed to a “win-win relationship” with SMEs, Lotte said.

Increased demand by daigou shoppers “greatly influenced” sales said Lotte. The retailer noted that such travellers had compensated for the “stagnation” of conventional Chinese tourism since the THAAD dispute erupted in March 2017. However, Korean travel retail executives and observers are closely monitoring the impact of China’s new e-commerce law, introduced on 1 January 2019, which is expected to hit the daigou business hard -Ed. 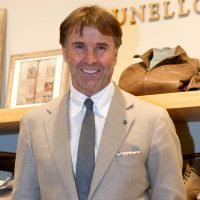 Brunello Cucinelli revenues up 8% in 2018 on China, Japan growth
Next Article 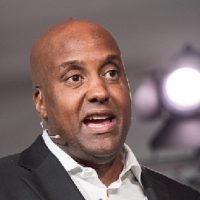