Lotte Duty Free posted an operating loss of KW29.7 billion (US$26.1 million) in the second quarter ended 30 June – its first quarterly loss since the SARS crisis of 2003.

A spokesperson confirmed, saying the loss had been driven by the slump in Chinese shoppers because of the dispute between South Korea and China over the former’s deployment of the US anti-missile system THAAD earlier this year.

South Korea, and Lotte in particular (due to the siting of the system on Lotte land), have suffered a ferocious backlash from China, including a ban on group tours.

The Lotte Duty Free spokesperson said other “crucial” factors that had hurt profitability included a doubling of the duty free licence annuity (from 0.05% to 1% of turnover) and the heavy concession fees payable at Incheon International Airport.

“Since the THAAD impact does not seem likely to be resolved soon, we project that the duty free business in Korea, including Lotte Duty Free, is going to suffer for some time,” the spokesperson concluded.

Duty free sales fell -16.8% year-on-year in the quarter, driving the operating loss. Operating profit margin fell to a negative -2.6% from +6.5% a year earlier.

Chinese visitor arrivals fell by -41% year-on-year in the first half to 2,252,915, according to the latest Korea Tourism Organization figures.

The downturn has been felt since 15 March, when China imposed the ban on group tours to South Korea, prompting a -40% year-on-year fall in Chinese arrivals in March, a calamitous -66.6% decline in April, a -64.1% slump in May and a -66.4% decrease in June.

The downturn’s impact has been accentuated by a proliferation in Seoul duty free shops. Following the last government’s decision to increase the number of licences there are now 13 downtown stores in the capital compared with six in 2014. 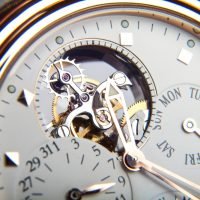 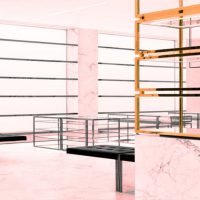