Kering announces financial results for first half of 2020

“It is fair to say that the first half of 2020 has been the toughest period we have faced – we stand in solidarity with all who are suffering through this situation and acknowledge the remarkable contribution of all our associates. Our results today underscore the extent of the disruption exacted by the pandemic on our operations. Even more importantly, the resilience of our performances validates our model and supports our confidence that we will come out of this crisis even stronger. We entered 2020 in a particularly solid position – our global scale, the desirability and agility of our brands, and our values of sustainability and responsibility, all are key assets in weathering current conditions. Our strategic vision is only reinforced by the crisis and, with the benefit of our sound financials, innovativeness and digital expertise, we are pursuing its implementation with consistency and determination,” said François-Henri Pinault, Chairman and Chief Executive Officer.

After an excellent start to the year, a first half heavily impacted by store closings and a halt to tourism. An encouraging recovery as stores reopened, particularly in the Asia-Pacific region, led by Mainland China. Sharp acceleration of online sales, up 47.2% in the first six months of the year and up 72.4% in the second quarter.

Resilient profitability, with recurring operating income of US$1,121.69 million, yielding an operating margin of 17.7%, thanks to adjustment of the group’s cost base. Ongoing investment to bolster the market positions of the group’s Houses and prepare for the future.

Consolidated revenue in the first half of 2020 amounted to US$6,334.31 million, down 29.6% as reported and down 30.1% based on comparable Group structure and exchange rates.

Recurring operating margin was 17.7%. Operating profitability remained healthy against a backdrop of revenue decline, highlighting the group’s rapid response to the crisis and its capacity to contain costs; cost-saving initiatives are expected to continue bearing fruit beyond the first half.

Total revenue generated by Kering’s Houses amounted to US$6,095.37 million in the first half of 2020, down 29.7% as reported and 30.2% on a comparable basis. Sales from directly operated stores fell 30.9%. Online sales surged 47.2% despite the impact of lockdown measures on logistics operations.

Wholesale revenue fell 27.0% on a comparable basis, particularly impacted by the difficulties of North American distributors and a virtual standstill in travel retail. In the second quarter of 2020, total revenue from the Houses declined 43.4% on a comparable basis, reflecting store closings. From April to June, revenue recovered gradually as stores reopened, first in Asia, notably Mainland China, then in Europe and America.

As stores reopened, the House regained a favorable momentum with local customers in its main markets. Online sales performed particularly well in the first half, up 51.8%.

Wholesale revenue was down 36.1% on a comparable basis during the period, reflecting both difficulties encountered by key accounts, in particular in the United States, and the House’s ongoing initiatives to enhance the exclusivity of its distribution.

Gucci’s revenue in the second quarter fell 44.7% on a comparable basis. Recurring operating income in the first half of 2020 totaled US$1,094.12 million. The brand’s recurring operating margin was extremely resilient, exceeding 30%.

In the second quarter, Yves Saint Laurent revenue contracted 48.4% on a comparable basis, reflecting the House’s exposure to Western Europe and North America.

Online sales more than doubled. Wholesale revenue grew sharply (+31.9%), thanks to the overwhelming appeal of the brand’s new collections, as the House further reinforces the selectivity of its distribution.

The drop in revenue in the second quarter was contained (-24.4% on a comparable basis) thanks to positive momentum in the stores that remained open and a rebound in Mainland China and Korea.

Bottega Veneta’s recurring operating income amounted to US$51.35 million in the first half of 2020, and the recurring operating margin was 8.7%. The House pursues investments in order to amplify its transformation, weighing on its profitability in the short and medium term.

First-half 2020 revenue of the Other Houses totaled US$1,082.5 million, down 25.0% as reported and 25.8% on a comparable basis. Balenciaga and Alexander McQueen held firm during the period, with contained revenue declines thanks to the appeal of their creative offering.

Qeelin reported revenue growth during the first half of the year, buoyed by strong recovery in Mainland China.

The other Jewelry Houses, penalized by their exposure to Western Europe, delivered very encouraging performances in Asia. Sales generated in stores directly operated by the Other Houses retreated 21.5% year on year.

Wholesale revenue was down 29.2%. In the second quarter of 2020, revenue of the Other Houses was down 44.0% on a comparable basis.

The Other Houses posted negative recurring operating income of US$13.78 million in the first half of 2020, with notable disparities across brands. Balenciaga and Alexander McQueen successfully adjusted their operating costs and kept profitability dilution under control. Its resilience, size and maturity, allowed Balenciaga to maintain a double-digit operating margin. Conversely, the Watch Manufactures were heavily impacted by sharp contraction in their market.

Kering Eyewear posted revenue of US$285.72 million in the first half of 2020, down 24.4% as reported and 24.9% on a comparable basis. Its contribution to group first-half consolidated revenue totaled US$226.25 million (after elimination of intra-group sales and royalties paid to the group’s brands), representing a 26.6% year-on-year decrease.

After a solid start to the year, revenue declined 49.3% on a comparable basis in the second quarter, heavily impacted by store closures, notably in travel retail.

Recurring operating income of Kering Eyewear remained positive in the first half.

Overall, net costs of the “Corporate and other” segment for the first six months of 2020 totaled US$130.26 million, an improvement of US$7.89 million versus the first half of 2019.

In the first half of 2020, other non-recurring operating income and expenses represented a net expense of US$376.37 million.

The group’s free cash flow from operations totaled US$666.06 million in the first six months of 2020. Its decrease is limited in relation to the decline in EBITDA thanks to careful prioritization of operating investments and to the limited increase in working capital.

The group is continuing to implement its strategy focused on achieving same-store revenue growth while ensuring the targeted and selective expansion of the store network in order to sustainably grow its Houses, strengthen the exclusivity of their distribution and consolidate their profitability profiles.

The group is also proactively investing to develop cross-business growth platforms in the areas of e-commerce, omnichannel distribution, logistics and IT infrastructure, expertise, and innovative digital technologies.

This long-term strategy is set against a backdrop characterized by many uncertainties and a difficult macroeconomic context, although this does not threaten the structural growth drivers for the Group or the luxury sector as a whole.

The health and subsequent economic crisis caused by the COVID-19 pandemic in the first six months of 2020 have had major consequences on consumption trends, tourism flows and global economic growth. Like all other luxury sector players, during the first half of the year the Group was deeply impacted by the effects of the pandemic, both in terms of its customers and its overall business operations.

The lack of visibility about how the worldwide personal luxury goods market will evolve in the next few months makes it impossible to forecast the group’s second-half sales with any sufficient degree of reliability.

However, the loss in revenue experienced in the first six months of the year should not be offset in the second half. Against this backdrop, Kering has put in place all the necessary measures to adapt its cost base and contain its working capital requirement, without cutting back on expenditure and investments required to protect its Houses’ market positions and safeguard their potential to grow and bounce back in the short and medium term.

As the group cannot forecast its revenue levels for the coming months, it is not reasonably possible to project its recurring operating margin for 2020.

The cost saving measures implemented in the first half should, however, benefit results in the second half of the year. In addition, the Group will continue to exercise the same financial discipline as in prior years in order to contain the contraction in recurring operating margin in 2020.

Over the longer term, Kering plans to pursue its strategy of rigorously managing and allocating its resources in order to support its operating performance, maintain high cash flow generation and optimize return on capital employed.

Thanks to its strong business model and structure, along with its robust financial position, Kering remains confident in its growth potential for the medium and long term. 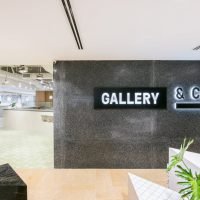