J.Crew’s sales continues to decrease, losing up to $64.2 million

The J.Crew Group posted disappointing results on Wednesday as the company continues to reckon with the fallout of decisions made by former chief executive Jim Brett.

Total sales in the fourth quarter of its 2018 fiscal year, ending February 2, 2019, were $734 million, up 3 percent from a year earlier. Sales at the group’s flagship J.Crew brand, however, decreased 4 percent to $528 million. Sales at Madewell were up 16 percent to $158 million.

More disturbing, however, was the dramatic drop in gross margin, which shrunk to 22.4 percent in the fourth quarter, down from 36.7 percent a year earlier, blamed in part by rampant end-of-season discounting and promotions. The company suffered an operating loss of $64.2 million, compared with a gain of $4.9 million in the fourth quarter last year. The loss was pegged to several factors, including a charge of $39 million for the expected losses on the disposal of excess merchandise.

The news comes after a tumultuous few months at the group, which saw the exit of polarising chief executive Brett in November 2018, the retirement of longtime chairman and former chief executive Millard “Mickey Drexler” in January 2019 and the hiring of designer Chris Benz as head of J.Crew womenswear in February. The company has also made several changes on the marketing side, bringing back company veteran Mark DeMott to lead brand creative. At the same time, longtime J.Crew stylist Gayle Spannaus, credited with helping to develop the aesthetic made famous by former designer Jenna Lyons, has exited the company after a tenure of two decades.

All the while, the group, which has been run by a four-person executive committee since Brett’s departure, is still searching for a CEO. While talks with leading candidate Stefan Larsson were still in motion just a few weeks ago, multiple sources familiar with the negotiations said that Larsson believed there was insufficient cash on the company’s balance sheet to support a turnaround, and declined a concrete offer.

On Wednesday, president and chief operating officer Michael Nicholson, who serves on the four-person executive committee leading the search, said that the company was also paying for missteps made by Brett, who increased marketing investment around the September 2018 relaunch of the brand. One of Brett’s projects, the launch of new sub-brands — including Mercantile, Nevereven and a home line — cost $15 million alone, according to one source. These short-lived brands have since been discontinued, accounting for a good deal of the excess inventory written down at the end of the year.

Finding an inspiring new chief executive willing to operate within such narrow confines will not be easy. (The goal to find an external candidate, not to promote from within, remains.) While the company was able to negotiate with creditors to push back the maturity of $566.5 million in debt from 2019 to 2021, a turnaround without additional investment will be close to impossible.

Nicholson was quick to point out the things that are working at J.Crew, including its loyalty programme — led by chief experience officer Adam Brotman, also part of the executive committee — as well as digital retail, which now accounts for half of overall sales. While the executive said that the company will continue to “right size” the retail fleet “as necessary,” closing 20 stores this year, there are plans to open 10 new Madewell stores and expand global wholesale partnerships, another initiative implemented by Brett that seems to be working. The group also recently hired veteran retail executive, John “Jody” Gietl.

Nicholson also emphasised the importance of maintaining momentum at Madewell. For more than five years, the label has dominated the specialty retail landscape in the US by offering reasonably priced denim and separates that were perceived as being an aesthetic step above what was readily available at the mass level. However, some analysts believe the product — in particular, the denim, which makes up a third of its sales — has failed to evolve as much and as fast as needed as consumers move away from items like “skinny” jeans.

For instance, the brand recently launched a “Mom” jean, a high-waisted style similar to what’s already offered at many of its competitors. “They should be doing well because we’re in a pretty strong denim cycle,” said Gabriella Santaniello, founder of independent retail research firm A Line Partners. “But Madewell isn’t the only game in town anymore.”

For now, the company is focused on recalibrating the product at J.Crew, “fostering a strong Madewell community,” and taking a “digital-first” approach to retail, according to Nicholson. However, any executive who joins J.Crew will face a tough task and likely need to be highly passionate about saving the brand itself, which, despite its failures, still maintains a certain allure and a place in the American fashion canon. 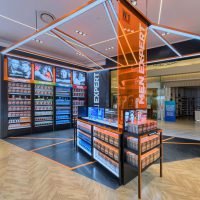 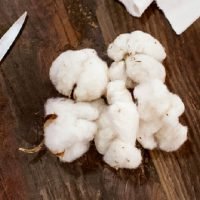