Acne Studios has sold minority stakes to China-focused investment firm IDG Capital and Hong Kong-based I.T Group, ending almost a year of speculation that the brand would be acquired by a larger rival.

SEE ALSO : Acne Studios is looking for a buyer

Acne, one of the earliest and most successful purveyors of the “Scandinavian cool” style that has since become popular across fashion and design, had held talks with potential buyers as far back as 2013, from French luxury conglomerate Kering to private equity firms. Earlier this year, the company was working with Goldman Sachs on a possible sale, at a valuation of up to €500 million ($570 million).

Instead, IDG and I.T Group will acquire stakes of 30.1 percent and 10.9 percent respectively, from Öresund, Creades and PAN Capital, Acne said in a statement Sunday. Founder Jonny Johansson and executive chairman Mikael Schiller will remain majority shareholders in the business.

When Acne began shopping itself around earlier this year, the M&A market for fashion and luxury was booming, powered by perceived growth opportunities and increasing market complexity that made it harder and harder for sub-scale players to compete without greater access to the capital — and expertise — that sophisticated and deep-pocketed strategic or private equity investors can bring to the table. Over the course of 2018, Dries Van Noten sold a majority stake to Spanish luxury group Puig for an undisclosed sum, and Missoni sold a 41.2 percent stake to FSI Mid-Market Growth Equity Fund in transaction worth €70 million. Most recently, Michael Kors acquired Versace for $2.1 billion.

But in recent months, the temperature of the market has changed. The ongoing trade spat between the US and China has fuelled economic uncertainty and raised questions about the future of luxury demand. Shares of publicly traded luxury brands have plummeted.

The Stockholm-based label, founded in 1996, launched as a niche denim brand and has since built a strong modern contemporary-luxury name, well known for its upscale ready-to-wear and a distinct Scandinavian vibe that is popular with streetwear-attuned millennials. While the brand has yet to develop a strong leather goods offering, its sneakers are gaining traction. Last year, it generated $221 million in sales revenue with Ebitda, a measure of operating profit, of $35 million. It has over 50 own-brand stores in 13 countries.

However, sales growth slowed at the brand last year, rising just 9 percent, the slowest pace in at least a decade, according to a Goldman Sachs presentation to potential buyers reviewed by BoF. The brand still generates 43 percent of its sales through a network of 600 wholesalers, a potential point of vulnerability in a world where direct-to-consumer fashion is stealing market share from department stores.

Acne’s two new investors are likely to give the brand a leg up in Asia, already a key source of growth (Asia drove one-quarter of Acne’s sales last year, second only to Europe, according to the Goldman presentation). I.T Group has served as Acne’s Asian retail partner since the early 2000s. IDG Group, which has also invested in Farfetch and Moncler, specialises in expansion opportunities in China and the rest of Asia (10 of the firm’s 13 offices are based in the Asia region).

“Acne Studios will greatly benefit from their extensive know-how within fashion and the rapidly evolving universe of online and offline retail,” Schiller said in a statement. 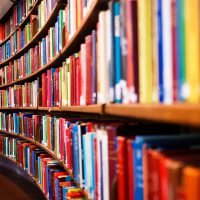