In a related move, Hyundai has bid for one of the new downtown duty free licences in the Dongdaemun area of Seoul, and would take the space currently occupied by the Doota store.

As we reported in late October, Doosan Corp is to shut down its Doota Duty Free business, and revealed plans to return its licence and cease operations in Dongdaemun from 30 April 2020.

As predicted in our story yesterday, Hyundai Department Store Duty Free has taken up an option for real estate valued at KRW47.6 billion (US$41 million) and tangible assets of KRW14.3 billion (US$12.2 million) from Doosan Duty Free for a total sum of KRW61.9 billion (US$53.2 million).

The real estate in the regulatory filing relates to Doota Duty Free’s store in Dongdaemun, for which the companies have agreed a rental lease for KRW10 billion (US$8.6 million) per year. The deal struck with Doosan is conditional upon Hyundai Department Store Duty Free being awarded a duty free licence in the current tenders for new licences (see below).

With no major competitors expected to participate, the award is seen as a likely outcome. Hyundai Department Store’s decision to acquire inventory and hire employees who would otherwise be redundant following Doota Duty Free’s exit will be likely positives for Hyundai’s bid.

As reported, Korea Customs Service is accepting bids for six new duty free stores (three in Seoul, one in Gwangju, one in Incheon and one in Chungnam) from 11 to 14 November. Companies usually submit their proposals on the last day of the tender but interest appears low this time.

According to Korean media, major players such as Lotte Duty Free, The Shilla Duty Free and Shinsegae Duty Free have no plans to participate and small to medium sized companies are fearful of making losses after Hanwha and Doosan each decided to exit the market recently. Decisions on the winners are expected next month.

Opening a store in the Dongdaemun area would pave the way for Hyundai Department Store to expand its duty free business. The former Doota Duty Free location would give the company access to an area that services resellers – the channel that has been driving Korea’s record-setting duty free market over recent times.

Hyundai’s duty free portfolio consists of a single store in the Coex World Trade Center in Gangnam; the distance and congested traffic means a car ride from the Myeong-dong area to Coex could be as long as two hours. This is seen as a potential deterrent to resellers who usually visit three to four stores per day to gather inventory.

The decision to pay annual rent for the store could prove a hurdle to the business as Doota Duty Free found it difficult to generate profits from the same location. Doota Duty Free made an operating loss of KRW60 billion (US$52 million) in the last three years, so rent obligations could weigh on a duty free business with slim profit margins. Across the industry, most operators own their stores.

The company had KRW31.2 billion (US$27 million) in cash and cash equivalents at the end of 2018, which means it will need to further fund this new business. Hyundai Department Store has injected KRW240 billion (US$206 million) through five rights issues since beginning the business 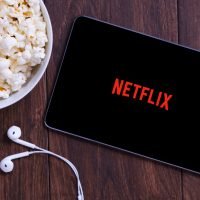 How is Netflix doing in South Korea?
Next Article 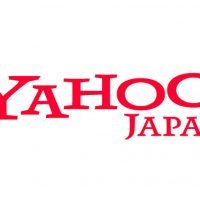