Hypebeast : it pays to be cool!

Hypebeast knows that it pays to be cool as it grew profits and revenue significantly over the last fiscal year.

The Hong Kong-based street style-centric media and e-commerce platform that started out in 2005 as a blog for sneakerheads pulled in $49 million in revenue for the year ended March 31, a 76 percent increase over the previous fiscal year. It tallied profits of $5.76 million, an increase of 93.8 percent.

Shares of Hypebeast, traded on Hong Kong’s GEM board, which caters to small-medium enterprises, closed at 63 Hong Kong cents, an increase of 3.28 percent, but a 200 percent increase from a year ago.

In addition to its more than six million followers on Instagram alone, Hypebeast said in its financial report that monthly unique visitors across all its platforms, which now include Hypebae and Hypekids, launched in 2016 and 2017, respectively, grew 31 percent during the year. The company also now has content available in traditional Chinese, simplified Chinese, Japanese, Korean and French.

The company said such an expansion “in the breadth and scope” of its target audience, namely fashion-conscious Millennials, has been behind its “substantial growth” in its web visitor and social follower base. This also in turn helped Hypebeast secure more advertising partners, leading it last year to launch its own “bespoke creative agency.”

Hypemaker, as the agency arm is branded, consolidates under one moniker Hypebeasts’s campaign work with brands, which includes all aspects of digital media production. Revenue from such advertising totaled $32.9 million, making it the main source of revenue and profits for Hypebeast.

It’s no surprise then that the company intends to keep expanding in this area and is expecting to hire “content production executives and creative talent” for work on campaigns and editorial features “to meet the expectations” of brands and agencies, as well as its follower base. Over the last year, Hypebeast has already doubled its spending in this area to about $23 million from about $12 million.

But Hypebeast also operates an e-commerce arm for hundreds of brands to sell their wares, some on a consignment basis. That part of the business brought in just under $16 million in revenue, again just about double from the previous year.

Hypebeast said it actually reduced the number of brands it’s selling to 348 from 391, but increased the number of products to 6,300 from 5,300 as part of its “strategy of delivering a more exclusive and fashion-driven shopping experience.” Orders over the year grew by 91 percent. 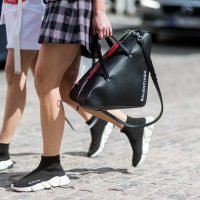 It is sneakerization time!
Next Article 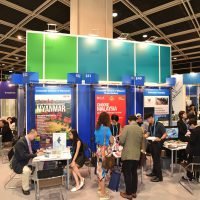