As Singles’ Day sales mania gripped Taiwan on 11 Nov., the websites of online retailers PChome, Shopee, and Momo all crashed at various points during the day, while many sites set records for sales, reported TechNews.

PChome reported a record of 1.5 billion transactions and at one point saw its site crash due to an overload of traffic. Top selling items on PChome included mobile phones (over NT$100 million in sales), air purifiers, and Pokémon Go accessories.

Momo said that its Singles’ Day sale started on 10 Nov. and by 9 a.m., traffic on the website reached an all time high with over 700 million transactions. So many visitors came to the site during that period that it crashed for an estimated 20 minutes, but after emergency repairs were carried out, it resumed normal operations.

Though not as severe as Momo, Shopee also experience an outage, with many netizens finding their screen frozen or being logged out of their account. Once service resumed, Shopee said its best selling consumer products categories were beauty, home, and fashion. In addition, 3C products, the iPhone XS, and the iPhone XS Max were also hot sellers.

The top three most popular items on Yahoo Chimo were mobile phones, healthcare products, and “gold.” In addition, Yahoo Chimo said scooters sold exceptionally well, with 28 times more sold on this year’s Singles’ Day than last year because of a new payment plan that allowed for payments in installments, even if customers do not have a credit card.

Transactions on the website rapidly reached eight times the amount seen on an average day, while the number of visitors increased tenfold.

Community shopping network ihergo said that it saw a year-on-year increase of 13.2 percent during its Singles’ Day promotion.

PCone said that shopping rose sharply after midnight on Nov. 11 and by 11:11 a.m., when many discounts kicked in, the site saw a surge of 10 times the normal amount of traffic.

ETMall said that shopping on its network from the early morning hours of 11 Nov. to noon increased by three times the usual levels. Traffic on the site reached its peak from midnight to 2 a.m. 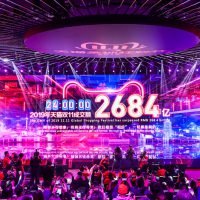 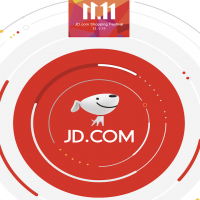