How Coach’s $2.4 billion Kate Spade deal could boost its market in China

American bags and accessories design house Coach will acquire its rival Kate Spade for $2.4 billion. In a statement on its site on May 8, the company stated its aim to create a more diverse multi-brand portfolio. It also noted Kate Spade’s “truly unique and differentiated brand positioning” along with with its “strong awareness among consumers, especially millennials.” The deal is also very likely to have a strong impact on the market in China.

Victor Luis, CEO of Coach, in a statement touted the company’s experience operating retail stores around the world and brand building in foreign markets, saying it would be poised to tap Kate Spade’s potential for international expansion.

Kate Spade CEO Craig A. Levitt also anticipated the benefit of Coach’s guidance. He said, “We look forward to working with Coach’s leadership team to leverage their expertise across the business as we continue to innovate and build long-term loyalty with consumers and expand across our product category and geographic axes of growth.”

In recent years, both Coach and Kate Spade have set their sights on sales in China. Coach was one of the first luxury brands to enter China, partnering with regional and local distributors as early as 1998. In 2009, according to an SEC filing, Coach acquired the domestic retail outlets in Hong Kong, Macau, and mainland China that were formerly managed by local distributors.

Over the past decade, Coach has also expanded on the digital front being one of the earliest Western luxury brands to launch a flagship store on Alibaba’s Tmall, the country’s biggest e-commerce platform. In September last year, the brand chose to close the Tmall store to shift its focus to messaging app WeChat, arguably the most significant site of online shopping in China.

SEE ALSO: Is Coach wishing to become the next LVMH?

Kate Spade likewise stepped up its China expansion in 2015 when it founded a new joint venture with Walton Brown, a company of the fashion retail and brand management group Lane Crawford Joyce. Through that deal, Kate Spade acquired domestic apparel firm E-Land. In a report by Bloomberg in 2015, Leavitt said China would be the most important source for the brand’s revenue growth going forward, which made it imperative to build a larger presence in that market.

Coach has experienced sustainable growth in China over the past several years. According Forbes, net sales in Greater China were 635.8 million in 2015 compared to 452.8 million in 2013. In fiscal 2016, net sales remained flat from the year before and increased 6 percent on a constant currency basis. 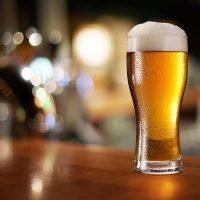 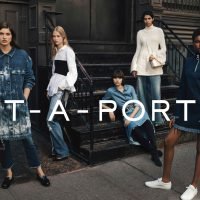