Gucci has confirmed reports that the Italian luxury brand is being investigated for tax evasion by the Italian authorities.

SEE ALSO  : Gucci to go fur-free from next year

Luxury fashion house Gucci is under investigation by the Guardia di Finanza, the national police force specializing in financial crimes, and is being accused by Milan-based prosecutor Stefano Civardi of defrauding the country’s tax authorities of 1.3 billion euros in unpaid taxes starting from 2010.

According to La Stampa, the money in question would involve transactions registered to Lugano, Switzerland, but which would have been linked to the work of managers formally based in Lugano. The Swiss city is attractive for its more favourable tax regimen compared to Italy, especially for firms like Gucci, which are actually working in Milan.

Both Gucci’s chief executive officer Marco Bizzarri and his predecessor Patrizio Di Marco are said to be under investigation.

According to La Stampa, a former manager of Gucci’s parent company Kering, lawyer Carmine Rotondaro, is accusing Gucci and collaborating with the prosecutor.

When contacted by media, Gucci confirmed the investigation.

In a statement the fashion house said it “is providing its full cooperation to the respective authorities and is confident about the correctness and transparency of its operations.”

Kering declined to comment on the news report and prosecutor Civardi was not reachable for comments.

Gucci is the biggest contributor to Kering’s profits and revenues. In the third quarter of 2017, Gucci reported a 49.4 percent rise in sales on a like-for-like basis – excluding currency swings. 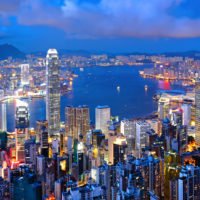 Retail in Asia partners with Storefront
Next Article