The fast-fashion retailer obtained $275 million in financing from its existing lenders with JPMorgan Chase and $75 million in new capital from TPG Sixth Street Partners, as well as affiliated funds to help it support its operations in bankruptcy.

A spokesperson for the retailer said the company has requested approval to close up to 178 U.S. stores. Forever 21, whose aggressive real estate expansion weighed on its finances, has 815 stores globally.

The retailer is the seventh-largest tenant of mall-owner, Simon Property Group, by rent.

Forever 21 plans to exit most of its international locations in Asia and Europe, the retailer said in a release. It will continue operations in Mexico and Latin America. It does not expect to exit any major markets in the U.S.

It is one of a growing list of retailers, including Barneys and Mattress Firm, that have used bankruptcy protection help to downsize their footprints. As shoppers head online and away from the mall, many retailers have been saddled with uneconomical stores that are difficult to shed.

Los Angeles-based Forever 21 was founded in 1984. The closely held retailer helped usher in an era of “fast fashion” shopping: offering frequent new styles of inexpensive clothes. Shoppers on its website can find $25 dresses and $10 tops.

In recent years, though, sustainable fashion has caught on with the younger generation, who put increased focus on the impact of the clothes they buy on the environment. Since June 2017, shares of Zara-parent Inditex have fallen 27%, while shares of H&M have fallen 23%.

Second-hand websites like The Real Real have exploded in popularity. By 2028, the used-fashion market in the U.S. is expected to reach $64 billion, while fast-fashion will reach $44 billion, according to retail analytics firm GlobalData. 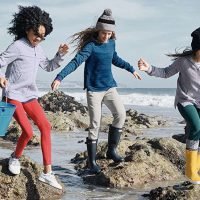 Lululemon shuts down its Ivivva business
Next Article 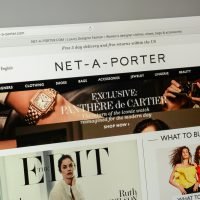