Fashion marketplace Farfetch has filed an F-1 form with the US Securities and Exchange Commission with the intention of proceeding with a public flotation of its Class A ordinary shares on the New York Stock Exchange under the ticker symbol “FTCH.”

The number of shares to be offered and the price range for the proposed offering have not yet been determined.

Reports of the company’s plans to IPO first surfaced in June 2017. Farfetch founder and chief executive Jose Neves had been reticent to lay out a timetable for an IPO, but he acknowledged that it was the logical next step for the company.

The listing could value the company at up to $5 billion.

The fashion e-commerce platform, which connects consumers with a curated global network of boutiques and brands, cleared $800 million in gross merchandise value in 2016, generating an estimated $150 million in revenue (Farfetch takes 20 to 25 percent commission from partners).

So far this year, the platform has acquired a Chinese digital marketing agency in a bid to boost its presence in the world’s second-largest luxury market; inked a strategic partnership with Chanel to enhance the French luxury house’s boutique experience; entered into a joint venture with Chalhoub Group, one of the biggest distributors of fashion and luxury goods in the Middle East; and struck a deal with Burberry to expand its global e-commerce distribution and launch a “show to door” London delivery service in a drumroll of announcements designed, in part, to prime the market in advance of its IPO. 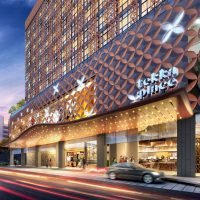 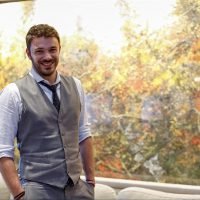