The Estée Lauder Companies Inc. reported net sales of $3.56 billion for its first quarter ended 30th September, 2020, a decrease of 9%, on a reported basis and in constant currency, from $3.90 billion in the prior-year period.

Fabrizio Freda, President and Chief Executive Officer said, “We are pleased with the stronger than expected start to our fiscal year amid this difficult moment as the global community continues to confront COVID-19. We delivered significant sequential improvement in net sales growth in every product category driven by progress around the world. Asia/Pacific again excelled with double-digit year-over-year growth in mainland China. Travel retail was a stand-out performer as Chinese tourists were drawn to the growing duty-free shops in Hainan Island and purchase limits increased there.”

The outbreak and global spread of COVID-19 continues to cause significant disruption in the Company’s operating environment, temporarily impacting retail traffic and consumer preferences. During the three months ended 30th September, brick-and-mortar business continued to re-open gradually in countries around the world.

Many brick-and-mortar retail stores globally that sell the Company’s products, whether operated by the Company or its customers, were closed for some period of time during the first quarter, and consumer traffic declined significantly.

During the first quarter of fiscal 2021, online sales growth remained strong in every region as the Company and its retailers activated digital strategies to capture consumer demand online. As a result, total net sales in mainland China, Korea and several other markets delivered strong growth year-over-year, and the sales growth rate improved in nearly every market globally.

The COVID-19-related closures of offices, retail stores and other businesses and the significant decline in social gatherings have also influenced consumer preferences and practices. Demand for skin care and hair care products has been more resilient than the demand for makeup and overall fragrance. Within skin care, the demand for innovative products within hero franchises has remained strong, driving double-digit growth at Estée Lauder and La Mer during the first quarter of fiscal 2021. As stores re-opened throughout the quarter, consumers have re-engaged with the sensorial experience in fragrance, contributing to double-digit net sales growth at several luxury and artisanal fragrance brands, including Le Labo and Editions de Parfums Frédéric Malle.

By the end of the quarter, all of the Company’s manufacturing and distribution facilities were operating at sufficient levels.

The fluctuations in exchange rates between the U.S. dollar in relation to most currencies had a minimal impact on net sales and operating income in the Company’s product categories and regions outside of the United States.

Total reported operating income was $705 million, a 9% decrease from $779 million in the prior-year period. Operating income decreased 11%. This decline largely reflected lower net sales due to the impacts of COVID-19, partially offset by strong growth in skin care and online as well as disciplined expense management throughout the business from cost containment actions taken in response to COVID-19.

Double-digit growth from La Mer was driven by Asia/Pacific, with significant strength in mainland China, as well as growth in many markets globally. Net sales in travel retail also grew strong double-digit. La Mer’s growth was primarily driven by the launch of the new The Concentrate, one of its hero products. Targeted expanded consumer reach also contributed to growth.

Skin care operating income increased, primarily from higher net sales at Estée Lauder and La Mer. Incremental cost containment in response to COVID-19 partially offset expenses and strategic investments that were made during the quarter.

Net sales declined in makeup with declines at all brands except Too Faced, which delivered a small increase. The effects of COVID-19 continued to disproportionately impact makeup, particularly foundation and lip, and makeup sales continued to be soft in most markets.

Hair care net sales were flat, reflecting an increase at Aveda that was offset by a decline at Bumble and bumble driven by some temporary retail and salon closures during part of the quarter due to COVID-19.

Most retail locations throughout the Americas re-opened during the quarter although traffic continued to be soft, causing significant net sales declines in brick-and-mortar doors despite growth in July as retailers restocked stores upon opening. In response, the Company and many retailers continued to migrate consumers online utilizing new and existing digital capabilities, which partially offset the brick-and-mortar declines.

Net sales declined in virtually every market, led by the Middle East, the United Kingdom, and the Western European markets, due to lower retail traffic from COVID-19.
Net sales online nearly doubled, reflecting the Company’s and many retailers’ increased focus on reaching consumers digitally.

Net sales growth in mainland China, Korea and several other markets offset declines in the rest of the region. The Company continued to focus its investments on digital marketing, which drove strong double-digit online sales growth. In mainland China, net sales grew double-digits led by skin care and fragrance, with the luxury brands outperforming. Net sales increased in nearly every channel and both brick-and-mortar and online grew.

Net sales growth in Korea reflected incremental net sales from the Company’s acquisition of Dr. Jart+ in December 2019, which includes the brand’s travel retail business, as well as high single digit growth in the rest of the Korea business. Most categories, brands and channels grew during the quarter. Skin care and fragrance net sales grew double-digits in the region. Hair care net sales increased as well.

Operating income decreased, reflecting strategic investments in social selling to drive online as well as investments behind launches of key hero innovations, which more than offset the higher net sales.

The Company continues to believe that strong consumer demand for its high-quality products remains despite ongoing challenges related to COVID-19. For the fiscal year, the Company expects to continue to build global share while global prestige beauty progressively returns to growth. The Company is driving to return to its long-term growth targets of 6% to 8% sales growth, 50 basis points of operating margin expansion and double-digit adjusted diluted earnings per share growth in constant currency after a period of normalization as the impacts of COVID-19 subside.

The pandemic has also rapidly accelerated macro trends in global prestige beauty that were expected over a longer time horizon. These trends include shifts in where consumers shop, what they value, and how they engage with the Company’s brands in an increasingly digital and omnichannel world. As a result, the Company announced its Post-COVID Business Acceleration Program in August, which includes the expected closure of between 10-15% of its freestanding stores globally, as well as certain less productive department store counters that the Company elects to close. In addition, several retailers have also announced a planned reduction of their footprint through door closures.

In fiscal 2021, the Company is continuing to pursue several long-term strategic initiatives, among them rationalizing unproductive brick-and-mortar stores, increasing manufacturing capabilities, expanding the fulfillment capabilities of its online business, and investing in the growth opportunity of Asia/Pacific.

The COVID-19 pandemic has significantly accelerated certain trends—most notably consumers’ adoption of the online channel—and as a result, the Company is quickly reallocating resources from certain unproductive brick-and-mortar stores, primarily in Europe and in North America, to investments in consumer-facing, high-touch online services, information technology and other new brand-building distribution opportunities. 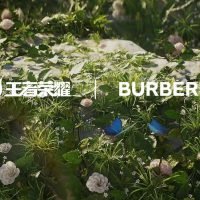 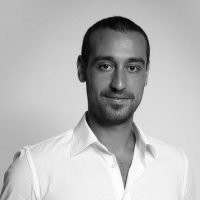