Reports said on 4th March, eBay headquarters in the United States has decided to unload its 100 percent stake in eBay Korea, and Credit Suisse has been chosen as the lead financial advisor to handle the relevant procedures.

Citing unnamed industry officials, the Korea Economic Daily was the first to report the story adding the estimated value of the deal could reach 5 trillion won (US$4.22 billion). If the sale is completed it would have a big impact on South Korea’s online shopping sector.

Retail giants including Lotte, Shinsegae and Hyundai Department Store Group have been tapped as potential buyers, while local private equity fund MBK Partners is also considered as a candidate.

Regarding the report, eBay Korea said, “The company has not heard anything from headquarters,” adding it will give notice if there’s an update on the issue from the U.S. A candidate cited as the potential buyer also said they could not confirm anything.

Industry officials knowledgeable on the matter said the chances of a deal taking place are high, given that the online retail giant is being pressured by activist investors to restructure its operations.

Elliott is pushing eBay to follow a five-pronged strategy to maximize shareholder value by selling off non-core businesses. In November, eBay accepted one of the demands, announcing it would sell online ticketing platform StubHub.

“Given eBay is under siege by activist funds, it is not odd to have a rumor about selling its Korean unit. As the company is struggling to compete amid dynamic changes in e-commerce, it has been making efforts to restructure its business, and selling off its Korean unit appears to be in line with these,” a private equity firm official said on condition of anonymity.

There are mixed opinions as to whether the Korean unit is a none-core business, or the price of 5 trillion won is reasonable.

The company also paid dividends worth 139.1 billion won in 2017 and 161.3 billion won in 2018. Since the company changed status to a limited liability company from an incorporated firm in December last year, it will not reveal its recent year earnings through regulatory filings.

Citing its ample cash-equivalent assets, some officials said eBay Korea could be attractive for many e-commerce firms in Korea even if its price is set at 5 trillion won.

“It could be attractive for the potential buyers currently being mentioned, because purchasing eBay Korea will provide a chance to become an undisputed e-commerce giant in Korea and rake in stable revenue. Since it will be a big deal, it will take time and many things could happen under the table, but it is clear that many buyers are paying keen attention to eBay Korea,” the private equity firm official said.

According to a mobile app market tracker Wise Retail, portal service provider Naver had the largest volume of online transactions last year, followed by Coupang. Gmarket and Auction remained at No. 3.

“Along with Naver’s dominance in the mobile market, last-movers such as Market Kurly and Coupang are bringing changes to the e-commerce world with more convenient services. Looking ahead there seems to be more downward pressure than growth potential for eBay Korea, and this is certainly not good for buyers,” a retail industry official said. 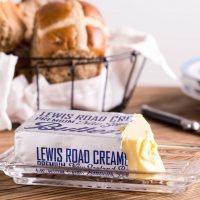