Following reports that designer Diane von Furstenberg plans to sell-off her namesake fashion house, the US designer said she has plans to hire Michael Dyens & Co. to assist her in selling an equity stake in her company and look to expand the brand.

“The time has come for me to bring in management that the company deserves,” von Furstenberg told WWD.  A spokesperson for the label told FashionNetwork.com that “talks are still at an initial phase and, so far, no deal has been struck by the fashion label.”

The fashion brand added that the move isn’t one of urgency, however, and no target date for the operation has been set.

In recent years, the New York firm has been focalizing its offering and business to keep up with the changing luxury industry.

The designer adds she hopes “to find an investor with expertise in order to attract the leadership this brand deserves to be disruptive in the digital world and create a real legacy.”

The company has been without a head since November 2016, after the label’s CEO, Paolo Riva, left her post, after serving just 18 months in the role. Part of Riva’s tenure, however, was the appointment of Scottish designer Jonathan Saunders as Creative Director in May 2016.

Other key appointments in 2017 include Marc Menesguen, appointed joint president alongside the von Furstenberg. In addition to the sale news, the founder said Paula Sutter has been added to the board of directors again, after a stint in 1999 until 2003 as president. Sutter has been CEO of TSG Fashion for three years.

Michel Dyens & Co. is a New York and Paris-based merchant bank specialising in mergers in acquisitions.

Diane Von Furstenberg has more than 20 stores in the U.S. and some 120 stores worldwide in China, the Middle East, London and Paris, and elsewhere. The designer hinted at store closures, but didn’t give exact details. 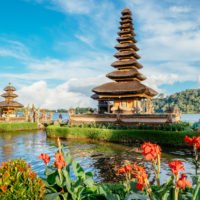 Is e-commerce taking over sales in Indonesia?
Next Article 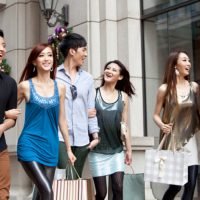 China's Millenials and Gen Z to drive luxury sales by 2021