Fragrance and cosmetic company Coty Inc. announced that it will purchase a 51% stake in Kylie Jenner’s beauty business—which includes Kylie Cosmetics and Kylie Skin—for $600 million. The deal values the business at nearly $1.2 billion— and it confirms Kylie Jenner as a billionaire.

The transaction is expected to close in the third quarter of 2020. Jenner will keep a 49% stake in Kylie Cosmetics and remain the creative lead on both product development and marketing initiatives, particularly on social media, where she has 270 million followers across platforms.

Coty, the parent company of Covergirl and Sally Hansen, is looking to appeal to a younger demographic with the purchase, Coty’s CFO Pierre-André Terisse said on a call with analysts. Kylie Cosmetics is the second-most-followed brand on Instagram, which means Coty will be joining the ranks of social-media-friendly beauty lines like Anastasia Beverly Hills and Glossier that have become popular—and reached sky-high valuations—over the past few years.

“It’s the power of social media. I had such a strong reach before I was able to start anything,” Jenner told Forbes in 2018.

Jenner, who became the world’s youngest self-made billionaire in March, founded her cosmetics company in 2015, at age 18, with money she earned from modeling, she told Forbes in 2018.

Thanks to her social media following, her line of $29 “lip kits”—a lip liner and lipstick—quickly took off. With minuscule overhead (as of last year, she had only seven full-time employees) and almost no marketing costs (nearly all of the marketing is done on her own social media pages), the business was likely profitable from the start.

Over the next few years, Jenner expanded into eyeshadow palettes, eyeliners, bronzers and more. In August 2018, she inked an exclusive distribution deal with beauty retailer Ulta—a first step into retail stores.

Based on information from Kylie Cosmetics, earlier this year Forbes estimated the company’s 2018 revenues at $360 million. But according to a statement from Coty, Kylie Beauty generated revenues of $177 million over the past 12 months—a figure that, according to a presentation to investors, represents 40% growth over the 2018 calendar year. The company’s EBIDTA margin is more than 25%.

Jenner did not seem eager to sell when Forbes interviewed her for a cover story last year. “Maybe one day [I will] pass this on to Stormi, if she is into it,” she said, referring to her daughter, adding that she envisions working on Kylie Cosmetics “forever.”

Coty hopes that it can use its global footprint to expand Kylie Beauty internationally; over half of Jenner’s social media followers are outside the United States while the vast majority of Kylie Beauty sales are still in the U.S., Terisse said on the call. Coty has manufacturing centers and distribution channels throughout the world. Because Coty has a large fragrance business, the company will likely also work with Jenner to expand into the perfume business, Terisse hinted on the call, an area where Jenner’s sister Kim Kardashian-West has already made strides. The company expects that by 2023, its return on invested capital will exceed the $600 million purchase price.

“Combining Kylie’s creative vision and unparalleled consumer interest with Coty’s expertise and leadership in prestige beauty products is an exciting next step in our transformation and will leverage our core strengths around fragrances, cosmetics and skincare, allowing Kylie’s brands to reach their full potential,” Coty chief executive Pierre Laubies said in a statement.

Coty is betting that Kylie Cosmetics is not a fad, despite its reliance on Jenner’s social media following. The company points to the fact that over 50% of skincare sales are to repeat purchasers and says beauty sales have similarly impressive repeat sales numbers.

If the partnership is successful, it will be a much-needed win for Coty, which has seen its stock tumble by more than 50% since it acquired a number of cosmetic and fragrance companies—including CoverGirl and Clairol—from Procter & Gamble in 2016. 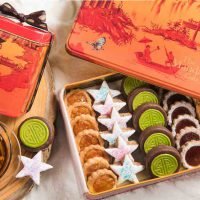 Shanghai Tang partners with Mandarin Oriental for Christmas
Next Article 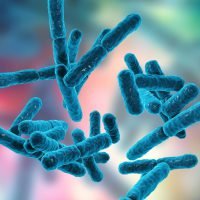