The Chinese luxury e-commerce website is preparing to go public in the U.S., filing with the U.S. Securities and Exchange Commission on August 25, in a bid to raise $100 million via an initial public offering (IPO). The online marketplace expects to join Nasdaq under the moniker SECO; a procedure that the website — launched in 2008 — has been preparing for since March 2015. The investment firm Jefferies will take complete charge of the operation, for which no amount per share has so far been indicated.

Secoo recorded for the twelve months ending 30 juin 2017 some 437 million euros in revenue.

SEE ALSO : Do Local Merchants Stand A Chance In E-Commerce Wars With Amazon?

With the market experiencing high competition, Secoo — unlike other portals — does not discount prices or multiply stock either. 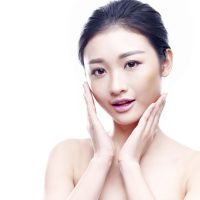