The deal with V-Grass represents the biggest cross-border sale agreement in Korea’s fashion industry, according to a local daily. However, the final price is lower than the previously reported range of 1 trillion won.

E-Land Group agreed to the sale as part of its efforts to improve cash flow amid growing debt. The Korean firm said proceeds from the sale look to help the company reduce its debt level to 240% by the first quarter from the current level, which is above 300%.

Teenie Weenie’s value stands at 120 billion won, said the firm in a statement, meaning it would still obtain a profit worth 750 billion won through the sale.

In 2016, E-Land Group sold three properties in Mapo District, western Seoul, and Gangnam District, southern Seoul, last year, a move that brought in 250 billion won, another indication of the firm’s bid to be more financially liquid.

As part of the deal, E-Land will commit to owning 10% of the brand’s shares for three years to ensure a smooth transition with the Chinese company.

“The reason why E-Land keeps a 10 percent stake is that both companies need to cooperate on production and business and generate synergy after the deal,” E-Land said in a statement.

V-Grass’ board of directors agreed to the takeover last Tuesday, and the shareholders are expected to cast a vote on February 10.

The Chinese retailer is expected to pay the price for sale on February 20. 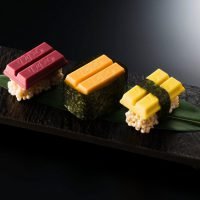