The Inner Mongolia company said that it would buy Bellamy at A$13.25 a share, which represents a 59 per cent premium to the Australian company’s closing price of A$8.32.

The deal, accepted by Bellamy’s board, is subject to a review by Australia’s Foreign Investment Review Board, Mengniu said in a filing to the Hong Kong stock exchange.

“Infant milk formula is one of the largest and fastest-growing segments among all dairy segments in China driven by increasing disposable income and growing child spending,” Mengniu said in a statement.

“Future growth is underpinned by continuous premiumisation and increasing penetration into lower-tier cities which have larger households and higher birth rates,” Mengniu added.

Bellamy products have been well received by mainland Chinese consumers via cross-border e-commerce platforms, as young parents are willing to spend more on imported infant milk powder after the melamine contamination scandal in 2008. Four children died and more than 10,000 were hospitalised after being fed Sanlu Group milk formula.

In 2018, mainland China imported milk powder worth US$2.43 billion, an increase of 12 per cent on year, according to the General Administration of Customs. The imports represented about 8 per cent of China’s total milk powder sales. At 22.2 billion yuan (US$3.1 billion) last year, their sales were 18.6 per cent higher than 2017.

Data provider iiMedia Research suggests sales of milk powder products on the mainland will hit 295.5 billion yuan in 2020, an increase of 33 per cent from last year.

Mengniu is expected to better utilise facilities at Australian dairy processor Burra Foods, which it owns, to produce Bellamy branded products to meet the rising demand from the Chinese market.

“An integration of Bellamy and Burra assets would effectively increase the output of premium milk products to better tap the rising demand in China. I would think the acquisition mainly targets meeting the demand in China, rather than getting sales in the international markets,” said Cao Hua, a partner at private equity firm Unity Asset Management.

Mengniu obtained a controlling stake in Burra in 2016 and it recently unveiled ambitions of achieving sales of 100 billion yuan a year by 2020. In the first half of this year, the company reported sales of 39.9 billion yuan, an increase of 15.6 per cent from a year ago. Its net profit was valued at about 2.1 billion yuan, up 33 per cent.

“Consumer spending will become a major growth driver for China’s economy as the trade war is expected to have a negative impact. Overseas acquisitions by mainland consumer product companies will continue to be active,” said Gao Shen, a Shanghai-based independent analyst specialising in manufacturing and consumer sectors.

It also comes a decade after a tragic tainted infant formula scandal in China, which led many parents to prefer foreign brands.

China’s economy expanded 6.2 per cent in the second quarter – its weakest growth since records began in 1992. Beijing has been rolling out incentives, such as granting subsidies to bolster consumption, since the beginning of this year as a way of combating the economic slowdown.

In 2016, Beijing ended the decades-long one-child policy to encourage people to have a second child. Economists forecast that the second-child policy would lead to an additional 3 million newborn babies in China every year.

Andrew Cohen, Bellamy’s chief executive, said Mengniu would be an ideal partner and offered a strong platform for distribution and success in China, according to the Financial Times.

Mengniu and its rival, Inner Mongolia Yili Industrial Group, each have about 20 per cent share in the Chinese dairy products market.

Mengniu recently partnered with US beverage giant Coca-Cola to sign a record US$3 billion sponsorship deal with the organisers of the Olympic Games.

In June, Mengniu said it would sell its 51 per cent stake in dairy products unit Shijiazhuang Junlebao Dairy for 4.01 billion yuan ($567 million), a deal that helped it to gain 3.43 billion yuan before taxation.

In Hong Kong, Mengniu shares were trading down 2.9 per cent to HK$30 in the early afternoon session. 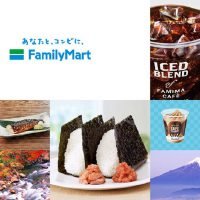 FamilyMart Japan is cutting down opening hours
Next Article 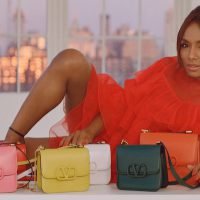