Burberry licenses its fragrance and make-up brands to Coty

Burberry Group Plc is licensing its fragrance and make-up brands to cosmetics manufacturer Coty Inc., handing over management of a business that has weighed on earnings and held back growth.

Coty will pay about 180 million pounds ($224.9 million) in a deal that gives it the exclusive global license to Burberry’s beauty business and inventory, the trenchcoat maker said Monday in a statement. Burberry will maintain creative leadership over brands such as My Burberry and Mr Burberry fragrances, while tapping Coty’s industry knowledge and distribution network.

“We never liked the idea of Burberry managing its beauty business directly,” because make-up and fragrances are fast-moving consumer businesses requiring global reach, Exane BNP Paribas analyst Luca Solca said in a note. “Burberry was a dwarf in the land of giants in this industry, and never had sufficient scale to run this business effectively.”

Burberry is seeking to trim costs as it eyes a rebound from two years of declining profit. Its shares rose as much as 2 percent, building on gains from February when Groupe Bruxelles Lambert SA said it acquired a 3 percent stake. The purchase fueled speculation that the Belgian investor would push for measures to grow earnings.

The agreement is “very attractive” to Burberry and capital allocation will be broadly reviewed in October once the cash payments of 180 million pounds are received, Chief Financial Officer Julie Brown said in a phone interview. The total includes a 50 million-pound payment by Coty for inventory.

Coty has expanded through the acquisition of beauty brands from Procter & Gamble Co. and personal-care and cosmetics units of Brazil’s Hypermarcas SA. Burberry is the latest addition to a fragrance lineup that includes Hugo Boss, Marc Jacobs and Gucci, while Coty’s beauty brands include Clairol and Rimmel.

Burberry will receive cash payment in the second half of its current financial year and royalties from October, it said in the statement. Last year, Burberry’s revenue from its make-up and fragrance brands was 203 million pounds. It posted a 26.1 million-pound charge relating to the unit in November.

“Working with a global partner of their scale and expertise will help drive the next phase of Burberry Beauty’s development and position this business for future growth,” Chief Executive Officer Christopher Bailey said in a statement. The deal will boost profit from the next financial year, he said.

The deal was reached after a competitive process in which other cosmetics companies expressed interest, Chief Operating Officer John Smith said. It comes as Bailey prepares to make way for Marco Gobbetti, former head of fashion brand Celine, as CEO later this year. 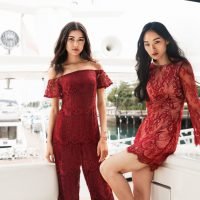 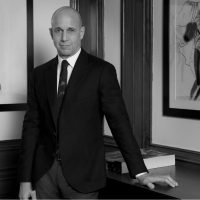