Australian womenswear brand Zimmermann is reportedly seeking investment from the firms in the U.S., according to local media reports.

The luxury brand has reportedly appointed Rothschild Australia for the investment foray in America, as its pushes toward global expansion, according the Australian Financial Review.

Zimmermann co-founders and sister duo, Nicky and Simone, are said to looking to sell off their ‘personal stakes’ in the brand to facilitate company growth. In addition, Zimmermann’s well-known U.S. investor, General Atlantic, is reportedly preparing to liquid its stake, after taking a minority interest in March 2016, for an undisclosed amount.

The size of any sell-down by the founders would depend on the buyers and their plans for Zimmermann, sources told AFR. The speculative investment interest comes on the back of a stellar year for the Sydney-based Zimmermann.

In 2019, Zimmermann opened its first store in Italy’s Capri, and bowed its third New York City boutique, taking its total U.S. store count to 13, with locations in California’s San Francisco and Los Angeles.

It also opened its first Paris store last year, taking its European store network to four, alongside Saint-Tropez and London, and the previously mentioned Capri. Looking ahead, a second boutique in Milan is scheduled to open in March 2020.

Founded in 1991, Zimmermann’s largest market is its local Australia, where it operates 20 stores, in addition to its online store, which it bowed in 2008. According to AFR, Zimmermann makes earnings of $50 to $60 million.

Zimmermann will be the second luxury fashion brand from Australia, to test market interest in the last year. In May 2019, L Catterton, owner of Australian fashion and footwear brand, RM Williams, announced it has been drumming up interest for a sale in the bootmaker. 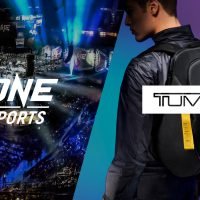 TUMI partners with ONE Esports
Next Article 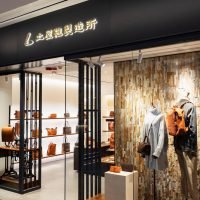