Sir Philip Green could be forced to watch his Arcadia Group collapse unless creditors agree to a crucial rescue deal, which would include the closure of 50 stores across the UK.

The company is hoping to push through with so-called company voluntary arrangements (CVAs) to close down a series of shops with brands including Topshop, Burton and Dorothy Perkins all in the firing line to lose branches. Miss Selfridge, Wallis and Evans are also at risk of seeing stores closed.

For the plans to go ahead, Arcadia Group must have the agreement of at least 75 percent of creditors in a vote due to take place. The decision was due to have been made but was suspended after significant opposition from landlords. Arcadia Group could collapse administration very soon if the plans are rejected, putting 18,000 jobs at risk.

In a bid to gather enough support for the rescue mission, Arcadia vowed to reduce its proposed rent reductions. But the plans were pushed further into doubt after Sky News reported how Intu Properties are still planning to oppose the CVAs.

Intu is the second-biggest landlord for Arcadia, with reports suggesting every other major landlord would need to back the CVAs in order for them to pass. It was confirmed how The Pensions Regulator (TPR) and the Pension Protection Fund (PPF) had approved the CVA amendments. While reports suggest Arcadia is also likely to have the support of Landsec, British Land and Hammerson.

The Pensions Regulator (TPR) had previously demanded Sir Philip top up his contribution if it was to support a company voluntary arrangement (CVA).

Sir Philip is understood to have secured major support to save his group after agreeing to inject an additional £25million into its pension fund, after already proposing a cash and security package worth £310million.

Arcadia, which has nearly 10,000 pension scheme members, said a voluntary cash contribution of £100m had been pledged alongside £210m in security.

If the CVA confirmed almost 50 stores will close – including Topshop, Topman, Burton, Dorothy Perkins, Miss Selfridge, Wallis and Evans – and rents on nearly 200 shops will be slashed.

Arcadia had initially announced plans to close 23 stores across the UK and Ireland as part of a major restructure. But in an update, it emerged 25 more stores will go on top of this original list, under separate insolvency proceedings, with Miss Selfridge and Evans bearing the brunt of the closures. The group announced it will also say goodbye to its portfolio of 11 Topshop and Topman stores in the United States.

As part of the CVA to shut the original list of 23 stores, Lady Green, wife of Sir Philip and ultimate owner of Arcadia, has offered landlords a 20 percent stake of any proceeds if the group is eventually sold.

In a statement, Ian Grabiner, CEO of Arcadia, said: “Having already secured the support of our pensions trustees, trade creditors and a significant number of landlords, we hope these final revised terms will ensure the majority of landlords support the CVA vote.”

“Their support is vital for the long term sustainability of the Group, our 18,000 employees and our extensive network of loyal suppliers,” he continued. 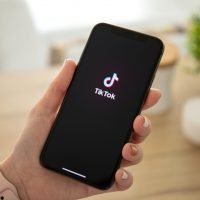