Lazada Group SA, the Southeast Asian e-commerce operator backed by Alibaba Group Holding Ltd., created a loyalty program for shoppers in Singapore that it may expand to other markets.

The company is teaming up with Uber Technologies Inc. and Netflix Inc., the first time the U.S. companies have jointly created an online rewards program, said Maximilian Bittner, chief executive officer of Lazada. Alibaba acquired a controlling stake in Singapore-based Lazada for $1 billion in 2016. The companies’ “LiveUp” program starts Thursday and links their services, from UberEats and Netflix to online grocer RedMart and Alibaba’s Taobao online marketplace.

Consumers pay S$28 ($20) a year to get benefits such as six months of Netflix streaming, discounts on Uber rides and free delivery on Taobao or Lazada purchases. A mobile app will be rolled out in the second half of the year.

“Singapore is the market on the cutting edge of validating what we think consumers might want, so we will focus on Singapore first,” said Bittner, who expects to add more partners. He drew a comparison with code-sharing among carriers, which gives consumers a range of benefits like flight redemptions.

Alibaba and its U.S. partners are betting on the growth of online retail in Singapore. The city-state’s internet retailing market, which accounted for just 0.9 percent of total retail there in 2003, went from 2.4 percent in 2013 to 4.8 percent in 2016, according to data compiled by Euromonitor.

Faced with the prospect of Amazon.com Inc. making a big push into Southeast Asia, Lazada has been seeking ways to defend its slice of the the region’s e-commerce market.

Bittner and RedMart co-founder Vikram Rupani hatched the loyalty program over breakfast on Christmas Eve before approaching Netflix and Uber to get involved. “Their decision to do it was very fast because they have the same goal,” Bittner said.

Uber, which debuted in Singapore four years ago, will offer members benefits including free rides and promotions. “This is just the beginning,” said Warren Tseng, general manager of Uber Singapore. 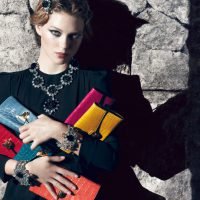 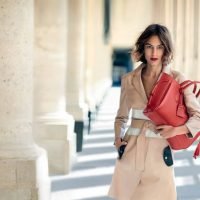