The Chinese e-commerce giant said the quarterly period was its seventh-consecutive quarter for growth.

“We delivered another outstanding quarter and our business is performing stronger than ever,” said Daniel Zhang, Alibaba’s chief executive officer.

Zhang went on to praise the firm’s pioneering technology in the online sphere and its intelligent move toward offline, in particular, its Hema supermarket chains.

“It’s the direct result of our long-term, forward-looking approach to new user acquisition, new technology and creation of new user experiences. We have demonstrated what new retail looks like through innovations such as Hema and inspired a global wave of experimentation in new retail. We believe the future of retail is much more than just connecting online and off-line, our new retail strategy is a combination of creating new and transforming old.”

Looking ahead, Alibaba said it has revised its outlook for full-year revenue growth up to 55 to 56%, from its earlier estimate of 49 to 53%

In addition to the financial reporting, Alibaba said it would acquire a 33% in Ant Financial, its digital payment partner. The move highlights Alibaba’s new retail strategy, which includes enabling digital payments in brick-and-mortar stores. 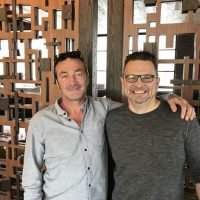