China’s economy has entered a “new normal,” characterised by a shift from high-speed to medium-to-high speed growth. This growth is being driven increasingly by rising domestic consumption and fast expanding Internet technology.

At the same time, Chinese consumers’ behaviour has continuously been shifting toward an Internet –based lifestyle. The Internet is now part and parcel of the lives of Chinese and plays an important role in their life, including the purchasing journey.

As a result, China’s online retail sales have increased from 4.3% of total retail sales in 2011 to 12.9% by 2015. By 2020, 40% of all retail transactions in China is expected to be conducted online, according to the Blue Book of China’s Commercial Sector (2016-17), jointly published by the Fung Business Intelligence and the Chinese Academy of Social Sciences. E-commerce is now the major driver of change and growth.

Highlighted in the Blue Book, one of the major developments in China’s e-commerce space is that e-commerce has given way to mobile-commerce (m-commerce) as smartphones and tablets penetrate into Chinese society.

More retailers have been actively investing in m-commerce as it is expected to play a more important role in driving e-commerce development in coming years. Online transactions made on mobile devices have increased from only 1.5% in 2011 to 55.5% in 2015, and is estimated to reach over 73% by 2018.

Meanwhile, social networks, such as WeChat, have become more than just an information source. They are now a key selling tool that is increasingly leveraged by big-name retailers in the form of “Weidian” (or micro-store) to sell their products.

For instance, China’s home appliance retailer Gome has launched a social selling program to allow employees to sell the company’s products on micro-stores. Many of these micro-stores adopt a “B2C2C” model, where the purchase is recommended by a friend.

Another example is Quik, a Chinese convenient store operator. It has started to sell their merchandise via social networks by allowing their franchisees to open micro-stores on WeChat.

The continuing shifts seen by the retail sector and e-commerce sector indicate that leveraging Internet technology will be crucial to evolving together with the Chinese consumers. Many enterprises have gone online and set up mobile-enabled websites or mobile apps.

They now need to take one step further by enhancing functionalities within the mobile apps so that consumers not only use them to look for product information, but use them to buy products, engage customers and drive loyalty in-store. The same goes for social networks. Enterprises need to integrate e-commerce with social selling.

Moreover, as consumer preferences continue to shift and become more unpredictable, it is vital for enterprises to put in place supply chains that are nimble and flexible enough to adapt to and anticipate the changing landscape. 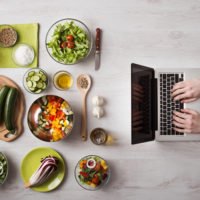 Amazon's small stores on their way to Australia
Next Article Can travel retail save luxury sales?