The Missoni family has relinquished its hold on maintaining full ownership if its namesake Italian label, confirming that FSI Mid-Market Growth Equity Fund will take a minority holding in the brand.

Coinciding with the kick-start of Milan fashion week for men last week, the Italian government-backed firm has acquired a 41.2% stake. The Missoni family will continue to have a majority hold with 58.8% of the shares.

The operation sees a capital increase, worth 70 million euros, and no financial debt for Missoni. The funds are a welcomed boost for the brand, with plans to use the cash to fuel international expansion, product development and retail overhauls in key markets such as China.

Managerially, Michele Norsa, industrial partner of FSI, will become vice president of Missoni. Angela Missoni will hold the role of president and while Missoni matriarch Rosita retain the title of honorary president.

“Our goal was to leave a healthy company in the hands of the third generation,” said Angela Missoni, who is also the brand’s creative director.

FSI is controlled by Italian state lender Cassa Depositi e Prestiti, which is majority-owned by the Treasury. It is the fund’s first investment in the fashion sector.

In 2016, the company’s most recent annual figure, Missoni reported consolidated sales of 63.4 million euros, with licenses making up 10.9 million euros of total sales.

Exports accounted for 74 percent of sales. The company, known for its mult-coloured prints, counted five boutiques in Italy and six outside the country, as well as two outlets in Italy. 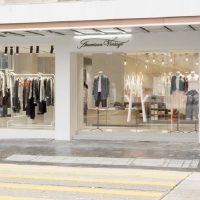