Michael Kors Holdings said on Monday that net retail sales for the second-quarter rose 8 percent to $645 million, driven mostly by 56 store openings and growth in e-commerce sales in Asia and Europe.

The US fashion and accessories brand said total revenues were up 5.4 percent to $1.15 billion, which included a 5.6 percent rise in net sales to $1.11 billion.

By region, revenues in the Americas rose 0.9 percent to $751.9 million; 9.2 percent in Europe to $270.7 million, and 30.4 percent in Asia to $124 million, helped by growing its digital and social media base, within its digital flagships across North America, Europe and Asia.

Globally, the group witnessed double-digit comparable sales growth in women’s footwear and ready-to-wear categories. The company said also focused on growing its digital and social media base, from digital flagships including Asia, and via its social media engagement, which it grew to more than 38 million followers.

John D. Idol, chairman and chief executive officer said that the second quarter’s results were “better than expected,” thanks to the outlay of his management’s strategic plan, Runway 2020. The turnaround efforts helped reverse a decline in Americas sales for the first time in a year, according to the group.

“We believe that bringing together these two iconic brands further strengthens our growth opportunities, increases our product and geographic diversification, and importantly, creates a platform for future acquisitions,” said Idol. 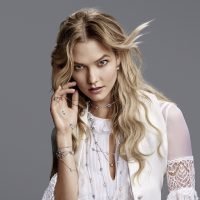