The baskets are a nod to the fast-food giant’s takeout dining experience and are designed with the McDonald’s menu in mind: They are large enough to carry two beverages and a Golden Bucket – a new menu offering with packaging designed by Wang. The crossover capsule, titled the AW Golden Collection, also featured clutches inspired by the look and feel of the brand’s takeaway lunch bags.

“Chinese consumers have a strong appetite for innovation and new ideas,” said Christine Xu, CMO of McDonald’s China, adding that the country’s unique consumer dynamic has made it a hotbed for creative experimentation and played an important role in the campaign’s success. “This is driving brands to deliver truly innovative ideas and experiences,” she continued.

A Tmall Super Brand Day is a marketing event that rallies all resources across Alibaba’s ecosystem to create a smaller version of the company’s annual 11.11 mega-sale for a single brand. In the lead-up to the event, McDonald’s tapped Viya Huang, a popular Chinese influencer, to promote its products via livestreaming.

The campaign engaged shoppers using Tmall’s upgraded online store format, Tmall Flagship 2.0. McDonald’s homepage featured a clock ticking down to the launch of the capsule collection as well as an interactive pop-up that invited users to draw the brand’s logo to view a promotional video starring Wang. Some shoppers who purchased the picnic basket were invited to a private party in Shanghai, where they met the fashion designer in person – an event that McDonald’s also livestreamed through its Tmall store.

“For us, Tmall Super Brand Day is not just a sales event. Tmall provided us with promotional resources across its ecosystem to help us create more ‘talkability’ around the campaign.The excitement and social buzz it’s capable of generating is extremely valuable,” said Xu.

McDonald’s Golden Bucket by Alexander WangXu said the McDonald’s experience is about “putting smiles on people’s faces and bringing small, surprising pleasures to their day-to-day lives.” This concept struck a chord with Wang, who was inspired by the idea of young people getting together and being happy.

“I have always been a fan of McDonald’s. This is a brand that has up to this day stayed true to its mission and close to popular culture. It’s an honor to be a part of a creative project such as this,”  Wang said.

The frequency of brand collaborations is ratcheting up in China, according to Gartner L2, a global research and intelligence company. In a June report, it found that the share of fashion brands that promoted product collaborations on micro-blogging site Weibo rose from 62% in Q1 2018 to 80% in Q2 2019. When Uniqlo released its final collection with American artist KAWS in June, frenzied scenes broke out at the Japanese fast-fashion retailer’s Chinese stores, while resellers drained the T-shirts from shops across the globe. Luxury brands are also buying into the appeal of collaborations, whether its Gucci clothes and bags covered in Mickey Mouse or Dior’s signature monogram print adorning the Swoosh logo on a pair of Nike’s Air Jordan 1 sneakers.

These collaborations help brands create key moments that are critical to breaking through the noise, said Danielle Bailey, Gartner L2’s managing vice president of Asia Pacific. “In the search for space in a crowded retail marketplace and the attention of insatiable, young consumers, collaborations spur often unlikely but effective bedfellows.”

“Because young Chinese shoppers, who are the drivers of luxury consumption in the country, specifically cite collaborations as a key factor in their decisions to purchase luxury goods. Burgers with a side of handbags makes sense to feed the hunger of millennials constantly on the hunt for the next new thing,” Bailey said. 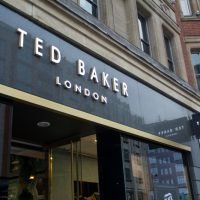 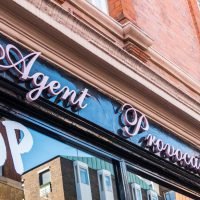