LVMH Moët Hennessy Louis Vuitton SE, the luxury products group, announced that stockholders of Tiffany & Co. have voted to approve the modified merger agreement announced on 29th October, 2020, relating to the acquisition of Tiffany by LVMH at a special meeting of Tiffany stockholders that was held on 30th December, 2020.

The two companies originally announced their engagement in November 2019, marking one of the largest deals in luxury industry; however the impact of Covid-19 pandemic in early 2020 led to a series of delays and lawsuits between the two parties.

After a year of long and bitter disputes, it is finally settled that LVMH will acquire U.S jeweler Tiffany for $131.5 a share, $3.50 less than the original price of $135.

The transaction is expected to close on 7th January, 2021. Vans collaborates with "Where's Waldo" on a collection
Next Article 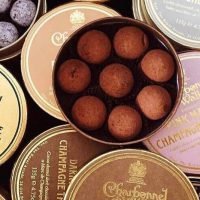