The terms of the deal were not disclosed, although LVMH Luxury Ventures typically invests between €2 and €15 million.

Hearst, who ran contemporary-priced label Candela for more than a decade before launching her upscale luxury offering in 2015, has briskly built a ready-to-wear business based on sharply tailored silhouettes rendered in ultra-expensive fabrics, with a focus on sustainably sourced materials. In 2018, just three years after she launched her label, the collection — which also includes a robust handbag business, mostly sold direct-to-consumer — generated between $15 and $20 million, according to sources familiar with the business.

Launched in 2017, LVMH Luxury Ventures is an investment vehicle within the LVMH group that aims to invest in emerging labels that have already shown an ability to scale. The Indian Luxury Outlook 2019
Next Article 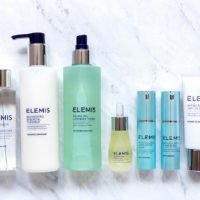