Lululemon Athletica, a Canadian apparel brand known for its expensive yoga wear, apologised after an employee posted a coronavirus-related T-shirt design online that sparked a backlash on Chinese social media for “insulting” the country.

The company, which is quickly gaining popularity in the Chinese market, issued an apology and statement distancing itself from the design after images began circulating of a long sleeve T-shirt named “Bat Fried Rice”.

Pictures posted to China’s Twitter-like social media platform Weibo showed a design featuring a small image of chopsticks with bat wings in red on the front and a winged Chinese takeaway box with the words “No Thank You” on the back. There was no mention of China or the coronavirus pandemic on the T-shirt.

The social media storm appears to have erupted after a link to the design was shared on Instagram by Trevor Fleming, the art director at the company.

The T-shirt was originally listed for sale on the website of artist Jess Sluder, who has no connection with Lululemon, for US$60.

Some Weibo users called for a boycott of the brand, whose yoga pants sell for more than US$100, because it was “insulting China” with the design, despite the Canadian company having no official affiliation.

Lululemon issued an apology on Instagram to hose down complaints that it was fanning xenophobia.

“The T-shirt is not a Lululemon product. We apologise that an employee was affiliated with promoting an offensive T-shirt and we take this very seriously. The image and the post were inappropriate and inexcusable. We acted immediately, and the person involved is no longer an employee of Lululemon,” the company said.

The company’s Shanghai office also issued a statement on popular messaging app WeChat in which it said the designer of “the discriminatory apparel” did not work for the company and it had no involvement in the garment’s production.

Fleming also apologised for sharing the design, saying: “I deeply apologise for putting the URL in my bio. I did not design the T-shirt, nor did I participate in any part of its creation.”

Sluder, the artist, said he was sorry for being insensitive and explained the design was intended “to create light during these dark times”. He added that the design had nothing to do with Fleming or Lululemon, according to NextShark, a website covering Asian-American News. 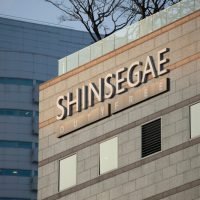 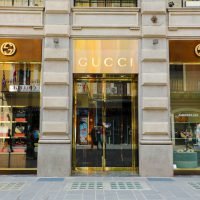