South Korea’s top travel retailer Lotte Duty Free expects to outperform its annual overseas sales goal of 700 billion won (US$591 million) this year, thanks to a surge in sales at its overseas operations.

Lotte Duty Free has been actively branching out its duty-free operations overseas to expand its global presence since last year. It now operates 12 outposts in seven countries, and the number would rise to total 22 including locations in Korea when it opens new stores in inner city of Da Nang and gateway of Hanoi, Vietnam in the second half of this year.

Vietnam has contributed the most to Lotte Duty Free’s overseas sales, with revenue from its gateway stores in Da Nang and Nha Trang up more than 150 percent on year by early June this year.

Considering that two other new stores will be open in the latter half of this year in Vietnam, the company could easily meet this year’s overseas sales target of 700 billion won, said an official from the company.

The inner-city tax-exemption store in Tokyo also delivered higher revenue than other outposts of above 93 billion won last year, beating the local No. 1 Ginza Mitsukoshi.

The store’s revenue up to early June this year more than doubled from last year and it is expected to continue to grow for the rest of this year.

On such a stable revenue growth of stores, Lotte Duty Free targets to earn 1 trillion won overseas next year.

Lotte Duty Free started its overseas business in 2013 by opening the first outpost in Jakarta, Indonesia. It entered Guam, the U.S. also in 2013, Japan in 2014 and then other Southeast Asian countries, visited frequently by Koreans.

This year, it has become the first Korean duty-free name to open stores in the gateways of Australia and New Zealand after taking over local operations. 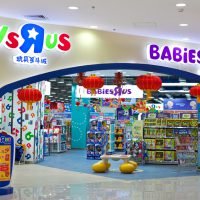 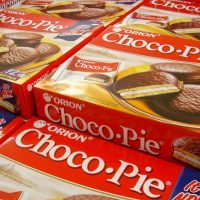