The award concludes a detailed evaluation process, which closed on 26 August 2019, with Gebr Heinemann and The Shilla Duty Free also entering the race. DFS chose not to contest the tender.

The contract is for a six-year term from 9 June 2020. The tenancy covers 18 liquor & tobacco stores across Changi’s four terminals, spanning more than 8,000sq m of retail space, making it Lotte’s largest concession outside of Korea.

The airport company added: “The proposal from Lotte stood out with its strong omnichannel and marketing ideas which will propel CAG’s travel retail strategy forward. Lotte, the world’s second-largest travel retailer in terms of sales turnover, possesses extensive experience in the travel retail industry, including in the liquor & tobacco segment.”

“With concession experience in markets like Australia, Japan, New Zealand, South Korea and Vietnam, it has a proven track record of operating at a scale similar to that at Changi Airport and possesses deep consumer understanding. Lotte has also won multiple awards over the years for its branding, marketing and customer satisfaction, the latest of which is the Technology Success Story of the Year awarded by Frontier Awards held in Cannes, France. The CAG-Lotte partnership will leverage the strengths of both parties to grow the concession at Changi Airport,” the airport company continued.

When Lotte Duty Free starts operations in June 2020, CAG said it would offer “the widest range of liquor products and brands housed within the 18 liquor and tobacco stores, all of which will be rejuvenated with fresh designs to appeal to both the connoisseur and new consumer segments, in particular the millennials”.

The Terminal 3 duplex store will see a complete revamp of its store façade to maximise visual impact and visibility into both levels of the store, noted CAG. In addition, all stores will be “infused with lifestyle elements and packed with experiential activations, such as product personalisation in the form of customised whisky-blending”.

They will also include new liquor boutique concepts and specially curated zones, while annual large-scale consumer events are also planned.

CAG Executive Vice President, Commercial Lim Peck Hoon said: “The liquor & tobacco concession is one of the largest at Changi Airport and it presents unique opportunities for marketing innovation and customer engagement. We were deeply impressed with the high quality of the tender proposals received and it was not an easy decision to make. We thank all the parties for their participation.

“Lotte put forth the strongest and most compelling proposal overall. It is aligned with CAG’s vision to offer passengers a seamless omnichannel retail experience and new retailtainment initiatives leveraging smart technologies. Lotte also demonstrated a keen understanding of the market environment with a sound business plan supported by a competitive financial bid and backed up by solid business fundamentals.”

During the process, Lotte Duty Free underlined both its omnichannel abilities and its long-proven liquor & tobacco retailing expertise as it sought to win the blue-chip liquor & tobacco concession.

Lotte Duty Free CEO Kap Lee said: “I express my deep gratitude to Changi Airport Group for acknowledging Lotte Duty Free’s strength and strategy. Winning the Changi Airport liquor & tobacco duty free concession is of great significance in terms of establishing a bridgehead to achieve our vision of [becoming] global number one in travel retail. Lotte Duty Free will put its continuous efforts to grow as a global brand with Changi Airport.”

Lotte added that holding liquor & tobacco concessions in the major Asian hubs of Changi and Incheon International Airport would allow the retailer to secure cost competitiveness and boost profitability across both contracts, as well as increase the brand awareness of Lotte internationally.

The tender was Changi Airport’s most significant leasing exercise since the last round of tenders for the liquor & tobacco and the perfumes & cosmetics concessions in 2013.

CAG said: “The transition towards the start of the new concession will be planned carefully with both the incoming and outgoing tenants. Renovation works in the stores will be conducted in phases to ensure that customers continue to enjoy a high standard of service.” 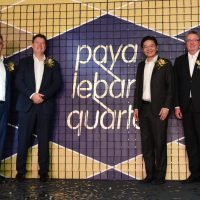 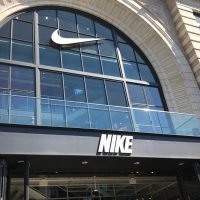