L’Occitane International S.A., an international group that manufactures and retails beauty and well-being products that are rich in natural and organic ingredients, announces the unaudited quarterly update for the period ended 30 September 2019.

The Group’s encouraging top-line performance was due to decent growth in FY2020 Q2 across all of its brands and in all key geographic areas. The Group’s major channels also recorded growth, with key contributions from retail, marketplace, web partners and wholesale sales.

In FY2020 H1, Sell-out sales accounted for 66.1% of net sales and amounted to €480.9 million, an increase of 7.1% at constant rates as compared to the same period last year. The Group’s Web Sell-out channels (including ELEMIS) grew by 40.8% at constant rates, equivalent to 16.2% of total Sell-out sales. Same store sales growth during the period was 1.7%.

In FY2020 H1, Sell-in sales accounted for 33.9% of net sales and amounted to €246.2 million, an increase of 51.5% at constant rates as compared to the same period last year. The increase was primarily driven by ELEMIS.

In FY2020 Q2, the Group’s core L’OCCITANE en Provence brand experienced dynamic sales, with growth accelerating from 4.1% in FY2020 Q1 to 7.2% at constant rates. This was attributed to the continuous global success of the Immortelle Reset serum and attractive new product offerings (such as the Herbae and limited-edition Cherry Blossom ranges).

ELEMIS also performed well with sales accelerating in FY2020 Q2, contributing the most to the Group’s overall growth. Unaudited sales growth was over 30% in FY2020 Q2 and exceeded expectations. LimeLife sales returned to growth in FY2020 Q2 after a slow Q1, as a result of new launches and the fading out of the high base impact resulting from the brand’s rebranding exercise last year.

Other brands continued to perform well with Erborian, in particular, recording more than 40% growth in FY2020 Q2.

Meanwhile, retail sales in Hong Kong continued to decline as economic and social factors dampened consumer sentiment, although this impact was more than offset by higher travel retail sales in the region.

Mr. Reinold Geiger, Chairman and Chief Executive Officer of L’Occitane, said, “We are extremely pleased with the top-line growth we are seeing across the board, both in terms of brands and geographies. Despite increasing concern about the health of consumer sentiment in various markets around the world, our performance has remained robust.”

“It is excellent to see ELEMIS, our recent acquisition, becoming our biggest growth driver, with LimeLife also returning to growth. For our core L’OCCITANE en Provence brand, we will continue to build on the positive feedback on recent product launches as we gear up for the holiday season, which is traditionally our peak sales period,” continued Reinold. 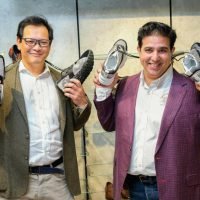 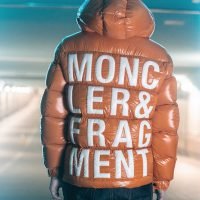