Li & Fung Limited, the world’s leading supply chain solutions partner for consumer brands and retailers, announced that LF Logistics, the Company’s logistics business, has signed a pledge to support an initiative launched by its customer, Nike, and Ocean Conservancy to prohibit shipping through the Arctic Ocean.

Although LF Logistics does not use any Arctic sea routes, the commitment to this initiative means that it and all the other signatories will take shared responsibility for preserving the Arctic.

The rapid reduction of Arctic sea ice caused by climate change could possibly increase cargo transportation through Arctic sea routes that were previously unnavigable, offering shorter transit times compared to traditional routes. This raises major environmental risks to marine life as well as the human population that relies on a healthy Arctic ecosystem for its livelihood.

“We are proud to support Nike’s leading role in this pledge which will help prevent harmful trans Arctic shipments. Li & Fung is committed to operating supply chains in a responsible and sustainable manner. We strongly believe in the power of collaboration on urgent action which will bring about a change in the industry and protect the fragile Arctic ecosystem,” said Joseph Phi, Group President, Li & Fung.

“Our support to Nike and Ocean Conservancy is critical to the future of this already fragile region. The severe impact of climate change on the Arctic ecosystem is apparent, as evidenced by the rapid reduction in sea ice. The possibility of increased shipping will have catastrophic effects on our ocean,” said Harsh Saini, Executive Vice President, Sustainability and Government and Public Affairs, Fung Group.

In August 2019, Fung Group announced its commitment to the Fashion Pact, a coalition of more than 30 global fashion and textile companies pledging to reduce the environmental impact of the fashion industry.

The objectives of Nike and Ocean Conservancy’s Arctic Shipping Pledge closely align with the Fashion Pact, as well as Li & Fung’s principles of pollution prevention and the implementation of environmental responsibility programs into its operations and supply chains 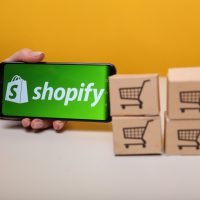 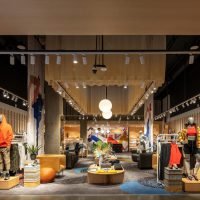